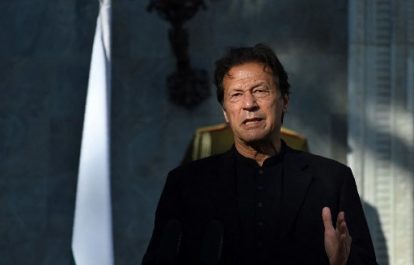 A strong and independent media depends on progressive government and state policies. But in a country like Pakistan, where critical voices find little space and attacks on critical media continue, the dream of a free media remains elusive, writes Mazhar Abbas.

Never before has Pakistan’s media industry come across such challenges as it confronts right now. Setting aside threats to individual journalists – from disappearances to targeted killings or the question of freedom of the press – it is now a battle for survival. As the situation stands today, no-one knows what shape the media will take in the years to come.

Not much space is left for independent and critical voices and things are not looking good for the media. Whether it is in the name of national interest, fake news or abusive posts on social media, the country’s journalists, rights activists and bloggers are under attack and Pakistan’s laws are being framed to further gag the press.

Remember this is a country where laws have been made by both military dictators and authoritarian civilian rulers to gag the press, so it is little wonder that dissent is deemed unacceptable. Independent opinion thus becomes the first casualty. The problem with every politician who matters in this country, has been their dislike for dissenting voices when in power and ‘love’ for the freedom of the press when in opposition.

“No one in this country wants to see State controlled Pakistan Television. I will promise that if voted to power my government would run PTV into the BBC model,” cricketer-turned-politician Imran Khan told me before his party, Pakistan Tehreek-e-Insaf ( PTI) was voted to power. One of his former PTV managing directors publicly said,“It’s a mouthpiece of the government of the day and banned opposition coverage.” I could only admire his confession and courage and not be surprised by his exit.

The record of the present government is perhaps the worst when compared to the previous two civilian governments of the Pakistan People’s Party (PPP) and the Pakistan Muslim League (PML) – though they too did little for journalist protection or freedom of the press.

From print to electronic media, and now in the era of digital media, the challenges faced by the media are different, and so are the tactics of those who want to keep them under control. With the frequent cases of disappearance – even in broad daylight and  in the Federal capital – the situation is scary, particularly for young journalists. In Karachi, a young television reporter was picked up hours after he leaked a video showing a Sindh province police chief taken away, allegedly by personnel of one of the top intelligence agencies in the country.

It is heartening to see the country’s highest court has taken notice of threats to journalists, though we are still waiting to see what action will be taken in the cases of journalist Matiullah Jan, who was kidnapped in daylight, and blogger Asad Thor, who was badly tortured.

Some dissenting voices are now off air indefinitely and those who are surviving have been told not to say this and not to say that. TV channels have been asked by the Pakistan Electronic Media Regulatory Authority (PEMRA) not only to increase their ‘delay system’ but also to avoid critical views about the government institutions like the most controversial National Accountability Bureau (NAB).

The most disturbing and alarming move on the part of the government by far is the proposed Pakistan Media Development Authority (PMDA). Apparently, it is the brainchild of the otherwise innovative Federal Information Minister, Fawad Choudhry, who to this day defends his proposal but has not yet circulated the original draft, if any. The initial concept paper of PMDA suggested that all the regulatory bodies of print, electronic and social media would be merged into one body which would be nominated by the government. Media stakeholders have not only rejected the very concept, but also termed it as a draconian law aimed at controlling the entire media with an intention to target dissident voices in the name of ‘fake news.’

The Pakistan Press Council (PPC) constituted under the 2002 Act to deal with complaints against the print media has, for all practical purposes, been dysfunctional for the past three years as the government has not even nominated a chair.

The dilemma of our political system for years had been the approach of politicians toward media regulation. In 2016, Pakistan’s parliament adopted the Prevention of Electronic Crimes Act (PECA) for checks on social media in a bid to discourage fake news or objectionable posts, which could ‘create hatred in society’. Instead, it targeted journalists and bloggers critical of government and state policies. Nearly 100 cases have now been reported.

A senior official of the Federal Investigation Agency (FIA) told me that they are under pressure to issue notices to those considered ‘anti-government or anti-State’. In the cases so far, the agency has failed to prove 95 per cent of cases in the court of law.

Prime Minister Imran Khan claimed that Pakistan’s media is even more independent than the western media. I think either hHe is either unaware of the last three years’ developments – the increasing cases against journalists and how powerful, independent media houses have come under attack – or he trying to play with the gallery.

Pakistan’s Ministry of Information, since its establishment in the 1950s, has been a source of disinformation used by successive civil and military regimes to corrupt the media on one side and to gag dissenting voices on the other.

The world changed after 9/11, and so has the media. It has become one of the most dangerous professions where photojournalists’ cameras can be insured, but not the cameraperson or journalist.

As the world observes 20 years since 9/11 next month and the ensuing war in Afghanistan and subsequent fall of Kabul after the exit of US-led coalition forces, it is important to analyze the state of our media and to mourn the deaths of hundreds of journalists around the world. Many of our colleagues lost their lives reporting from Afghanistan and covering the conflict in Pakistan.

There is a long list of Pakistani journalists killed in the line of duty, and their loved ones are still in search of justice in a country which has one of the worst records of impunity for crimes against journalists. Even the one case which reached the highest level –the brutal murder of US-based Wall Street Journal South Asian correspondent Daniel Pearl – big questions remain as to whether justice has been done or not. As a journalist who had covered the case for 18 long years, there are a lot of ‘ifs and buts’ in the trial. But, what about other cases?

There is no easy answer how the media will survive in Pakistan. With attacks on Pakistan’s two most powerful media houses DAWN and Jang/GEO Groups came after the famous DAWN Leaks and a murderous attack on high-profile journalist Hamid Mir, it is little wonder the industry is finding it difficult to hold on to an ‘independent narrative.’

As long as attempts to muzzle media and free voices continues, the struggle goes on – against all odds and in spite of the ongoing splits within media bodies and the country’s journalist trade unions. There is no doubt media solidarity is critical to take on this mighty challenge but the future of independent media depends squarely on the policy of the State and Pakistan’s government. Yet in a country where critical voices continue to find little space in print and electronic media and face threats and attacks from the state and political establishment, the dream of free media is still a dream.

Mazhar Abbas is a senior journalist and political analyst in Pakistan and the former secretary general of IFJ’s affiliate, the Pakistan Federal Union of Journalists (PFUJ).