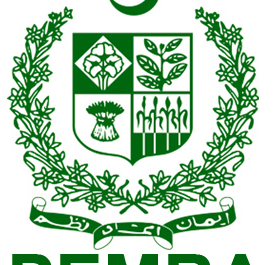 The International Federation of Journalists (IFJ) joins its affiliate the Pakistan Federal Union of Journalists (PFUJ) in expressing serious concerns over restrictive provisions of the newly introduced Code of Conduct for Electronic Media. The IFJ notes that the development of such guidelines should include wide consultation with the media community and guarantee freedom of speech.

However, the PFUJ noted that the newly introduced code of conduct is anti-democratic in nature as it restricts journalists’ basic rights. The PFUJ, which was not consulted in the development process, said the code is against freedom of speech, which is guaranteed under the Article 19 of the Constitution of Pakistan.

The Express Tribute, in its editorial, criticized the 24-point code for radio and television stations saying it ‘is so exhaustive as to seemingly leave the professional editors little or no room to use their judgment in selection, presentation, interpretation and display of news and current affairs’.

The PFUJ urged the media houses to abide by the moral and social ethics and local traditions, and exercise restraint in their transmissions to avoid telecasting programs, which may create commotion, and result in unrest.

The IFJ, noting that PEMRA had earlier used the code of conduct to impose suspensions and hefty fines on media outlets, said that the development of a code for media should have wider consultation with the media, journalists and their representative body, the PFUJ.

The IFJ said: “The IFJ is seriously concerned by the restrictive nature and vagueness of some of the clauses of the newly revised code of conduct that could be used to restrict freedom of the press arbitrarily and subjectively. We urge the Pakistan government to immediately hold consultations with the media industry to amend the code of conduct to ensure it is unanimously approved and followed.