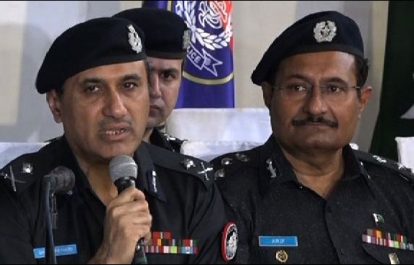 A suspected murderer involved in the death of Aziz Memon pled guilty before a local court in Naushero Feroze. The International Federation of Journalists (IFJ) and its affiliate the Pakistan Federal Union of Journalists (PFUJ) appreciate the progress and urge authorities to continue the investigation until all culprits responsible are brought to justice.

Karachi Police chief additional inspector general (AIG) and head of the joint investigation team, Ghulam Nabi Memon addressed the media on May 29 revealing police arrested Nazeer Sehto for the murder of Aziz Memon who also shared the names of his accomplices during questioning. According to the AIG, Nazeer’s DNA matched the sample taken from the crime scene underneath Aziz Memon’s nails. Police also arrested Farhan Sehto and Ameera Sehto who appeared before the court with Nazeer on May 29.

Aziz Memon was a journalist associated with the Sindhi-language Daily Kawish and KTN News whose body was recovered from a canal in Naushero Feroze on February 16, 2020 with a wire tied around his neck. Police are currently looking for five other suspects, including the alleged mastermind Mushtaq Sheto and investigating the motive behind Aziz Memon’s murder. The AIG suggested the killing was related to a “personal enmity”.

While Hafeezur Rehman Memon, Aziz Memon’s brother, expressed satisfaction with the progress of the investigation, he added his brother only had enemies as a result of his work as a journalist, not because of any personal conflict.

PFUJ said: “The PFUJ calls on the government of Pakistan to investigate the case further to provide justice and punish the culprit/s.”

The IFJ said: “The IFJ is closely observing the developments in Aziz Memon’s murder case. The IFJ calls on the Pakistani government to continue investigating the case with the utmost sensitivity and bring Aziz Memon’s killers to justice.”