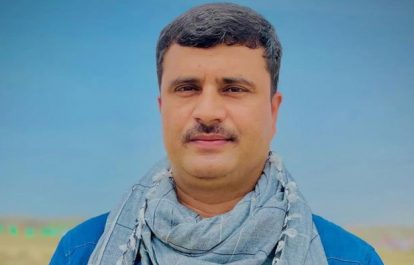 Shahid Zehri, a reporter for a local TV news channel Metro News 1 was killed on October 10 when a bomb exploded in his car in the Hub area of Balochistan province. The International Federation of Journalists (IFJ) and its Pakistan affiliate, the Pakistan Federal Union of Journalists (PFUJ), urge the Pakistan government to ensure those involved in the attack are promptly brought to justice.

Journalist Zehri, 35, and friend, were travelling to Karachi by car when a bomb detonated around midnight on October 10. Both suffered critical injuries.

CCTV footage confirms the bomb was attached to the journalist’s car where it exploded. Some reports suggested it was a homemade device.

The injured journalist and friend were initially taken to Hub Civil Hospital then subsequently brought to Karachi for treatment. The journalist, Zehri, was declared dead at Dr Ruth Pfau Civil Hospital in Karachi.

Balochistan Liberation Army (BLA) claimed responsibility of the attack. The group also claimed that the journalist was spying on them.  IFJ understands Zehri was a strong voice for the Hub Chowki, often reported on unrest in the region. Pakistan’s Baluchistan province has not enacted any legislation protecting journalists.

The PFUJ President, GM Jamali, said: “The PFUJ demand immediate arrest of the killers of Shahid Zehri and to bring them to justice.”

IFJ General Secretary, Anthony Bellanger, said: “The murder of journalist Shahid Zehri exposes a failure of the Pakistan government to protect to journalists. The IFJ expresses serious concern about the deteriorating safety of journalists in Pakistan, which must be addressed by the government immediately.”