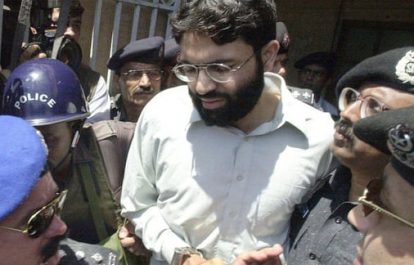 Ahmad Omar Saeed Sheikh, who was previously convicted in the 2002 murder of Wall Street Journal correspondent Daniel Pearl, is set to walk free after Pakistan’s Supreme Court on ordered his release January 28. The International Federation of Journalists (IFJ) opposes the order and calls on the Supreme Court to review the ruling.

The ruling, issued by a three-judge bench of the Supreme Court headed by Justice Mushir Alam, has shocked not only the family of the murdered journalist Daniel Pearl but also the whole media community. The court did not furnish a clear justification for the ruling, saying only that the reasons would be “recorded later”.

The government of Pakistan appealed the Supreme Court decision on January 29. The appeal seeks to overturn the acquittal and reinstate Sheikh’s death penalty.

Hyderabad Anti-terrorism Court found Sheikh guilty in the first instance of abducting and killing Pearl in 2002 and sentenced him to death, while other three men received life sentences.

However, on April 2, 2020, the High Court of Sindh province overturned this ruling and acquitted the four alleged perpetrators, including Ahmed Omar Saeed Sheikh. Following public criticism of their release, the four men were rearrested a few days later.

The new ruling by the Supreme Court again overturns the original sentences and allows the alleged perpetrators of the crime to be released.

Pearl’s family said they were “shocked” by the ruling and that they have only one option left, that of filing a petition for a review of the latest ruling.

Pearl, 38, was investigating Islamist militants in Karachi after the September 11, 2001 attacks on the US when he was kidnapped in January 2002. He was beheaded a short time later.

The IFJ said: “The IFJ is disappointed in the Pakistan Supreme Court’s ruling to release Ahmed Sheikh and regards the ruling as a denial of justice for Pearl’s family and the media fraternity as a whole. The IFJ urges the court to review the decision.”