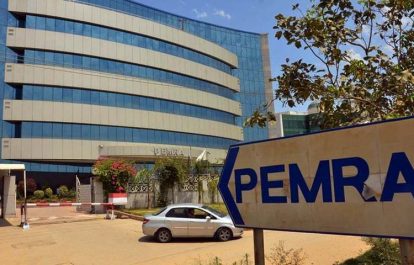 Media workers from Pakistan’s 24NewsHD are facing the possibility of job-losses after the channel was suspended by The Pakistan Electronic Media Regulatory Authority (PEMRA) and ceased operation on August 31. The International Federation of Journalists (IFJ) and its Pakistan affiliate the Pakistan Federal Union of Journalist (PFUJ) condemn the suspension order and urge the PEMRA to bring 24NewsHD back on the air.

The PEMRA suspended the 24NewsHD’s license following a complaint about the broadcasting of “hate material during its special ‘Muharram 10 transmission’. The PEMRA saw the broadcast as a violation of its policies and suspended the license under section 30(3) of the PEMRA ordinance. The regulatory body has issued a show-cause notice to the channel asking it to reply within 14 days. The channel’s license will be suspended until the completion of the inquiry.

Following the suspension, the future of around 700 journalists and media workers affiliated with the television is uncertain. The issue comes as an intense blow to media workers already challenged by job and pay cuts, leave without pay, and the shutdown of media houses during the Covid-19 pandemic.

This is not the first time PEMRA has targeted the channel. On July 2, the regulatory body suspended its license for airing a current affairs program on the grounds that its license only permits the broadcasting of entertainment. Similarly, in June 2019, the regulatory authority issued a notice to analyst Najam Sethi for his comments about the Pakistan Prime Minister Imran Khan in a 24NewsHD talk show. The Pakistani authoritiestook 24NewsHDand its sister channels offline following a report about Prime Minister Imran Khan in April, 2019.

Suspension of broadcast licenses and unnecessary interference with broadcast news content are some of the frequent actions by PEMRA, which has already been threatened by the Lahore High Court in July for not restoring the program.

The PFUJ Secretary General Rana Muhammad Azeem said: “The PFUJ is alarmed that the PEMRA’s politically motivated shutdown of 24NewsHD may lead to unemployment of hundreds of media workers of the Channel during the Covid-19. If somebody does unlawful activities, he/she should be held account. Booking the CEO of the Channel and suspending license is not the appropriate action.”

The IFJ said: “The suspension of the license may lead to the closure of the channel permanently thereby making hundreds of journalists jobless. It also makes the livelihood of the journalists and their families associated with the channel difficult during the pandemic. The IFJ urges the PEMRA to reverse the suspension order immediately and to ease the process of changing the license type.”