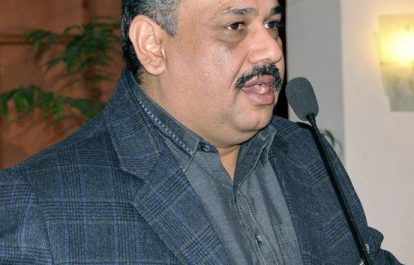 Pakistan Union of Journalists (PFUJ) Secretary General Rana Muhammad Azeem was hit by an unlicensed vehicle in a targeted attack amid ongoing persecution of journalists in Pakistan. The International Federation of Journalists (IFJ) and its affiliate the PFUJ condemn the attack and urge authorities to hold those responsible to account.

On the night of September 19, Azeem was travelling home from work when a vehicle ran into his car before quickly fleeing the scene. Though Azeem was unharmed, his car was significantly damaged as a result of the crash.

The PFUJ has concluded that the incident was a deliberate attack intended to silence Azeem who has been critical of the government on his live TV talk show. A first information report was filed at the local police station, however, the individuals responsible for the incident remain unknown.

Harassment and attack on Azeem have already been reported in the past. On February 28, 2021, a criminal accusation notice was published against him. Similarly, unknown assailants fired shots at his home on September 16, 2014. The PFUJ believes that these tactics against Azeem are in a bid to silence his critical voice.

PFUJ President, GM Jamali, said: “The PFUJ strongly condemns this targeted accident and warns the government to look into evergrowing incidents threatening journalists which are not only attempts to curtail the right of free speech and expression, but  criminal acts”.

IFJ General secretary Anthony Bellanger said: “We strongly condemn the attack against our colleague and well respected journalist Rana Muhammad Azeem. We urge authorities to conduct a due investigation into this attack and hold those responsible accountable.”