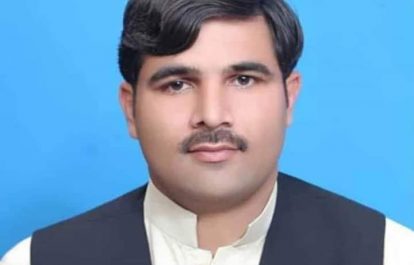 Pakistani journalist Sohail Khan was shot and killed just days after filing a story about drug mafia on October 16, 2018. The International Federation of Journalists (IFJ) and the Pakistan Federal Union of Journalists (PFUJ) have condemned the brutal targeted murder.

Sohail had just left the District Police Office (DPO) in Haripur district of Khyber Pakhtunkhwa when he was shot at several times. He died at the scene. He was at the DPO filing an application for protection after receiving multiple death threats following his report on drug mafia in Pakistan.

According to PFUJ and local news, members of the drug mafia killed Sohail in retaliation for his reporting.

He is the third journalist killed in Pakistan this year.

PFUJ said: “The PFUJ has joined hands with the local union of journalists and strongly condemned the brutal murder and demanded the government to arrest the killers and put them behind bars. The PFUJ President Rana M. Azeem expressed concerns over the difficult working conditions for the working journalists in Pakistan.”

The PFUJ is following up on the case and gave condolences with Sohail Khan’s  family.

IFJ general secretary, Anthony Bellanger said: “We deplore the murder of Sohail Khan, a blatant attack on press freedom and an attempt to silence critical voices in Pakisant. Journalists must report without fear and intimidate, but are operating in one of the most brutal environments for media freedom. We call again on the Pakistan government and authorities to increase efforts to create a safe and secure environment for the media. We stand in solidarity with our colleagues in Pakistan and demand action to improve the safety for the media.”

Photo: Sohail Khan who was gunned down in Haripur on October 16, 2018. Credit: PFUJ