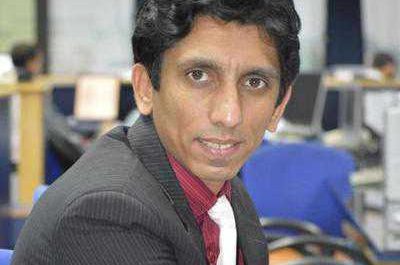 The International Federation of Journalists (IFJ) expresses serious concerns over the attempt to abduct a television journalist in Islamabad, Pakistan on Friday, June 2. The IFJ demands a thorough investigation to arrest those involved in the abduction attempt.

Azaz Syed, a senior journalist with Geo TV, said he was intercepted by a masked motorbike-borne individual at Park Road in the capital city on Friday evening while he was returning home. A car with the suspected kidnappers was following him closely and the suspects asked him to come out of the car but he sped into a nearby police station to take shelter.

The police acted immediately by barricading the roads but failed to arrest the suspects. The police registered a case and started an investigation into the matter. This is not the first attack on Azaz Syed: in 2010, unknown men attacked his house, locked the main gate from outside and smashed the windows of his vehicle.

Journalists unions, including the Pakistan Federal Union of Journalists (PFUJ), have condemned the abduction bid calling for journalists’ solidarity to resist such incidents.

The IFJ said: “The IFJ is seriously concerned by the attempt to abduct journalist Azaz Syed in Islamabad, the capital. This incident once again shows the risky condition in which the journalists work. Pakistan has long been one of the most dangerous countries in the world and sadly the government had done nothing concrete to improve the safety situation for media and journalists.”