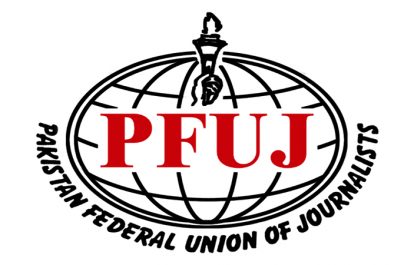 Pakistan Federal Union of Journalists (PFUJ) has shown its deep concern over the arrest of
two Pakistani journalists in Qandhar, Afghanistan and demanded the Pakistan Government
to coordinate authorities in Afghanistan to get them free.

Two Pakistan journalists Reporter Abdul Mateen and Cameraman Muhammad Ali working
for Khyber Tv Pakistan, has gone to Afghanistan for the coverage of ongoing developing
stories in there after Taliban take over on August 15. It is reported that both were arrested
by the local Taliban in Qandhar. Their mobile phones were confiscated and they were
shifted to some unknown place.