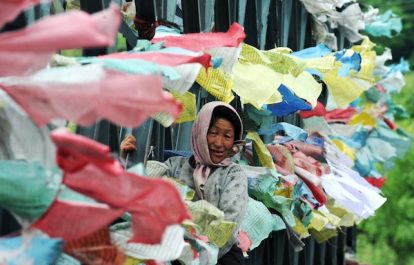 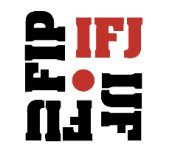 The forthcoming election has brough to the fore issues relating to freedom of expression, especially on the internet, and media rights while covering the elections.

Bhutan, the small Himalayan Kingdom, rarely makes global news. In 2017, however, the standoff between India and China regarding the Doklam plateau, at the border of China and Bhutan, but strategically important for India, made headlines. Bhutan chose to remain largely silent, and the year was politically calm, with the general election planned for November 2018.

The forthcoming election has brought to the fore issues relating to freedom of expression, espe-cially on the internet, and media rights while covering elections. A new law, which the government claims will strengthen the independence of the media and promote a free and vibrant media in-dustry is, however a matter of concern for the media in Bhutan. The small media community, largely dominated by state-owned print, radio and television; and dependent on government ad-vertising, faces multiple challenges to truly become independent and vibrant.

The media has evolved over the past few years and the biggest challenge for Bhutanese media is sustainability and reach as most of the media are confined to the capital Thimphu. Skilled hu-man resources and accessibility of information are other challenges that the Bhutanese media face.

On December 5, 2017, the National Assembly unanimously passed the Bhutan Information Communications and Media Bill 2017.The Act repealed the Bhutan Information, Communications and Media Act 2006. Information and communications minister, DN Dhungyel, said that the new law would strengthen the independence of the media and promote a free and vibrant media in-dustry. It is envisioned that the establishment of a Media Council would help “to promote and pro-tect freedom and independence of the media” and to “serve as a standard-setting body, and regulate or curtail harmful, offensive, illegal or antithetical content on the Internet and other ICT and media services”. The Council also has the right to hear complaints and settle disputes in re-lation to offences related to media content that is not criminal in nature.

The new Act aims to address the rapid changes in the internet and media landscape. However, there is a danger that it could be used to curtail free speech as members of the Council will be government appointees and only one among five members represents the private media sector.

The election and the media

On April 20, 2018, the country elected 20 members of the 25-member National Council, the up-per house of the bicameral parliament. The King, known as Druk Gyalpo (‘Dragon King’), as the head of state nominated the five remaining members of the Council.

In view of the National Council election, the Election Commission of Bhutan (ECB) brought into effect the Media Coverage of Elections Rules and Regulations of the Kingdom of Bhutan 2018, and appointed a media arbitrator responsible for media coverage and advertising as per the elec-tion rules. Although the ECB claimed that media houses were consulted during the drafting of the Regulations, media professionals, claimed that they were not consulted and did not receive any request for feedback.

The ECB, as early as February 2018, notified all media houses to refrain from publishing content on candidates until the “Application for Election Campaign Fund” was released on March 20 fol-lowing the scrutiny of nominations of candidates.

On March 4, The Journalist, an English-language weekly, published a profile of a candidate invit-ing an investigation by the media arbitrator. The private newspaper later apologised for the story and on March 12 suspended its managing editor, Sonam Tashi, for a month after the office of the media arbitrator asked it to take action against a reporter and the editor for the story. The news-paper also withdrew the unsold copies of the newspaper.

The Journalist’s chief editor, Ugyen Tenzin, in a report published in Kuensel daily said the news-paper accepts that it contravened the Election Act and the managing editor was reprimanded and severe administrative action taken against him.

The Journalists Association of Bhutan (JAB), an IFJ affiliate, said the role and powers of the of-fice of the media arbitrator needs clarity; and also said that the association discourages profes-sional misconduct among members as well as arbitrary decisions against journalists.

The ECB has also asked media houses to submit a report of their coverage of the elections, thus introducing new bureaucratic controls.

The level of pressure that the ECB and the media arbitrator exerted on the media is exemplified by an editorial in Kuensel, the state-owned daily, published on March 15, 2018. It said: “Heavy-handed policing of media by some constitutional offices that overstep their mandate is making election reporting difficult. This is not healthy for the nation. A pity.”

The editorial further said: “In a democratic society, media’s role is critically important. Without re-sponsible and fearless media, there will not be robust system of checks and balances. When newsrooms are kept on a tight leash, it either means we have dirty secrets to hide or ugly in-trigues laid out for the future.”

While calling media to be more professional and responsible, the editorial further stated: “Today, media as the voice of the people is being threatened by public offices with this mandate and that, overstepping each other. The least these overbearing offices can do is recognise their own mandate and let media do their job…Otherwise, the tussle between media and the powerful offic-es will continue and the biggest loser will be the nation and her people.”

Bhutan witnessed exponential growth of social media users in recent times. Internet penetration stands at 45 per cent while Facebook use is 43 per cent, with more than 350,000 Facebook us-ers in Bhutan, which has a population of 820,000. Misuse of social media is becoming a matter of serious concern for the state in Bhutan. The year saw circulation of wrong and inappropriate content and deception, misinformation and fake news.

The ECB notified the public as well as social media users that any post, tweet, comment or opin-ion of a candidate must be in conformity with the election code of conduct. The ECB also urged the responsible use of social media while refraining from using anonymous identity or fake ad-dresses. It also prohibits activity or post content that may adversely affect or unduly benefit the electoral prospects of candidates. Additionally, the commission warns social media users to re-frain from any posts related to the elections, which can be construed as a campaign.

The media arbitrator for the elections also appointed two social media monitors at his office and a focal person in every district to monitor social media content. The ECB said they would investi-gate and take action on social media posts. The candidates were also asked to share their social media links to the commission for scrutiny.

The Bhutan Information Communication and Media Authority (BICMA) in December 2017 can-celled the licence of a weekly Dzongkha language newspaper, Druk Yoezer, for failing to meet circulation requirements. The paper started its operations on February 19, 2011 with 2,500 print-ed copies and employed about 10 staff. The BICMA also cautioned media houses that there would be zero tolerance to non-compliance and asserted that a circulation audit would hence-forth be mandatory.

An editorial in the state-owned Kuensel, observed that “since 2011, the number of copies news-papers printed has dropped between 56 to 93 percent… [and] of the eight papers, only three print more than 40 percent of their initial target while the rest printed between seven to 13 per-cent’.

The BICMA fined state-owned Bhutan Broadcasting Service Corporation (BBSC) Nu 224,625 (USD 3,450) for reporting on banned film Hema Hema: Sing Me a Song While I Wait, on Decem-ber 21, 2016. The authority also alleged that BBS broadcasted clippings of the film that were not certified, disseminating incorrect information and for misinforming and misleading the public. The BBS refused to pay the fines and the BICMA moved court. There were accusations and rebuttals in the court until mid-2017. The case is still pending.

The BICMA on August 15, 2018, issued directives to bring down number of television channels permitted to broadcast and distribute in Bhutan to 56 effective from September 1. The move, supposedly to ‘to standardize and to bring uniformity among the number and types of TV chan-nels in the country’, cut off 91 televisions channels that were previously distributed in Bhutan. The BICMA said that in an assessment, it found that some channels, such as India’s Life Ok were not “decent” channels and were not in line with Bhutanese culture.

In December 2017, the government barred media from attending the Sherig Conference at the Sonamthang Central School in Panbang, Zhemgang. The five-day conference, an important an-nual event of the Ministry of Education, assesses issues and challenges faced by the education sector attended by representatives from all over the country. Minister for Education Norbu Wangchuk told the media that they would not be permitted to attend the conference and would instead be provided press releases on the matters discussed.

At a press meeting during the conference, Prime Minister Tshering Tobgay said the Sherig Conference was closed to media as participants would hesitate to raise issues in the media’s presence. He added that the most important thing the media needed to know was the conference resolutions.

Earlier in June 2017, the media were barred from attending the annual Dzongdag (district gover-nors) Conference in Thimphu. The three-day conference was attended by district governors of all 20 districts and discussed matters of law and order situation. The government said that the conference was a working meeting and media was only allowed to attend the inaugural session.

JAB, the IFJ affiliate in Bhutan, has been relentlessly working to support media development through skill development of journalists in the country. During the last year, JAB, with support from the United Nations Democracy Fund (UNDEF), and Swiss Development Cooperation (SDC) conducted various trainings. The activities of JAB included Annual Journalism Conference, Annual Journalism Award, giving away a total of 18 journalism grants to journalists; training on basic journalism skills, long-form narrative and storytelling; code of conduct and editing. During the year, JAB also published the first volume of the JAB Occasional Journal, Bhutan Press Mirror and opened the Bhutan Press Club. It also organised four one-day community workshops with 200 community members in rural areas to strengthen two-way communication between media and the communities

With the National Assembly election scheduled for November 2018, the tightening of rules on media by the ECB during April 2018 election indicates that the media will probably face more restrictions and pressure from the state in the coming year.

The media will continue to struggle in the small market centred around capital Thimphu, for sustainability and independence; while the government tries to impose the role of the media as merely to report the official documents. The internet and social media will bring in more issues and the state’s response could be regulations that curtail the fundamental right to freedom of expression.