Pursuing the journalistic dream in Nepal 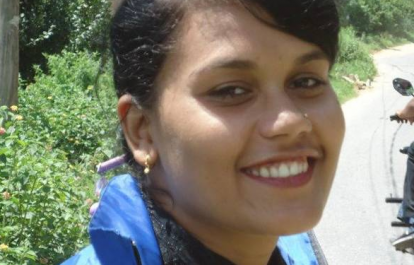 I was born into a poor family in Nepal and after the death of my two sisters and brother, my parents lived in constant fear of losing me too because these births weren’t “lucky” for them. I also had five younger brothers after me and the poor economic conditions meant life was difficult.

My father, being a journalist, knew the importance of education and sent me to school nearby irrespective of our circumstances. Every day I would complete my household chores and look after my siblings and only then would I go off to school.

My curiosity and interest in radio grew just when I was in the third standard year of school. My father used to carry a small radio and roam around our village to communicate news to people. Awed by the technology, I wondered how radio worked and who the voice was that spoke behind it!

One day I asked my father everything I could about radio and he told me I was too young to understand such technological things, which left me only more curious. As I grew up, I kept asking and garnering knowledge and thus decided to become a radio journalist. Although my father persistently informed me that it wasn’t an easy sector to work in, he never discouraged me and I did not lose hope either.

Sadly, I hadn’t even completed my secondary school when catastrophe hit our family. During Nepal’s Civil War, my father was shot dead along with other six others in our village. After this, our economic reality became much worse and we had no money left to pay school fees.

News about our family tragedy was published in the Kantipur Daily which happened to reach the editor of Saghu Sapthathik, Gopal Budhathoki. He promised to bear all our expenses till the tenth grade. With this philanthropic contribution, I managed to get my School Level Certificate Exam and after my exams I came to Kathmandu and met with Mr Budhathoki and his family. They were very nice and helpful. During my stay in Kathmandu, I saw the news about radio training program which required one thousand rupees for admission. Since I had no money, Mrs Budhathoki gave me three thousand rupees and I joined the institute for the training and passed with flying colors!

Just after I joined high school, I came to know that the Nepal Children’s Education Fund would be sponsoring children of journalists killed in Nepal’s armed conflict to help them with their further studies. While I was studying, the first community radio started in my district and I got an opportunity to work there. I was also the first person to read news. Side by side I also worked as a district reporter at “Ujjyalo Ninty Network” and “Samudayik Suchana Network”. It was a privilege to work for “Hajur ko Radio” at Ramechap for two years.

I came to Kathmandu after my high school to pursue my dream of becoming a journalist. Working at pushtak.com online I frequently met Bishnu Nisthuri and other journalists of the Asia Journalist Association Nepal and was further encouraged by them. Now I am working at nepalbani.com and my office lies just next door to the association, which provides educational aid to children whose parents were once the victim of civil war.

With constant help from so many people and motivation, I’m now also pursuing my second year of a journalism course at Ratna Rajya College.

Like me, there are several other children of killed journalists who are being helped by the Nepal Children Education Fund. The fund has been organising a vacation camp for us for four years. Every year all the family members meet and support each other. Moreover it has also continued to support mothers economically so they can run their families.

My father is still the greatest inspiration for me to keep studying and to accomplish my dream. I am very grateful to the Nepal Children’s Education Fund, Gopal Budhathoki and all the people who have helped me so far. I still dream to do my Masters Course and become a successful journalist in future.

Uma Khatri Chetry is a 24-year-old journalist working with nepalbani.com. She has been supported in her education by the Nepal Children Education Fund, which is supported by the Media Safety and Solidarity Fund.