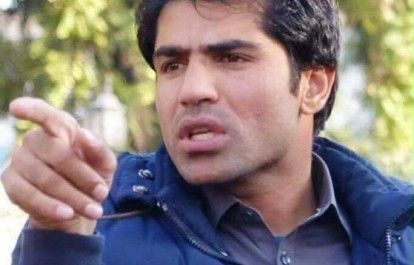 The International Federation of Journalists (IFJ) joins its affiliate the Afghan Independent Journalists Association (AIJA) in strongly condemning the attack on a radio journalist in Nangarhar province, eastern Afghanistan on January 26. The IFJ demands immediate arrest and punishment to the attackers.

Zabihullah Ghazi, a correspondent of Voice of America radio in Nangarhar province was beaten by the bodyguards of former Mayor of Jalalabad Lal Agha Kakar, who also vandalized his car. The incident occurred when Ghazi, on his way to Jalalabad, tried to film the armed bodyguards beating people in a traffic jam. The Mayor of Nangarhar, Golab Mangal, assured AIJA of an investigation into the incident and punishment to the perpetrators according to law.

The AIJA said: “This is not the first case; there have been many other incidents of press freedom violations by local authorities which has not been followed up by government of Afghanistan. This shows lack of strong will in government in order to prevent violence against journalist in country, which has been a concern for the AIJA.”

The IFJ said: “The IFJ condemns the attack on Voice of America radio journalist Zabihullah Ghazi in Nangarhar province in Afghanistan and urges the authorities to investigate the incident to punish those responsible. An attack on journalist should not be ignored as it has a serious implications on freedom of the press.”