Renewed hope for media staff: India’s highest court rules on the Wage Board 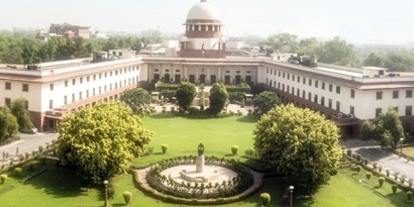 The Supreme Court of India on June 19, 2017, delivered a verdict in a long-pending case concerning journalists and non-journalist employees of newspapers on the implementation of the Majithia Wage Board. While interpretations of the order by the bench headed by Justice Ranjan Gogoi varies, here we present a review of the verdict by veteran journalist R Rajendra Prabhu, prepared for the National Union of Journalists (India).

Some people have perhaps without reading the SC order of June 19 (PDF of the judgement) on the contempt of court petitions against newspaper employers, are circulating versions that are aimed at de-spiriting employees and misleading them. The NUJ(I) has read and re-read the order and asserts that the order is in fact highly favourable to the cause of newspaper/agency employees as it clarifies who is eligible for Majithia wage board benefits and in the process it has made contract employees eligible for all the benefits including variable pay just like regular workers.  Here are all the major findings as per the order:

1. It is true that the order of Justices Ranjan Gogoi and Navin Sinha has rejected workers’ plea for initiating contempt of Court proceedings against certain newspaper/agency employers for non-implementation of the Court’s order of 7 Feb.2014 on Majithia wage board’s recommendations as notified by the Government. But it is only a minor loss for us as the Court has clarified all the issues raised by both parties to our advantage.

2. On the contempt plea the Court has said that Contempt arises only when there is a “wilfull” attempt at refusing to implement the court’s order. On the other hand the court has kept the door open for future action on this separately. (On this point lot of wrong fears are being circulated claiming that there could be no more apex court proceedings and therefore no way to workers to get managements to agree.  So a detailed note will follow)

3. Apart from this question of contempt, all other parts of the June 19 order are totally favourable to us. The order (a) reiterates the Majthia recommendations have to be implemented as per 7 Feb 2014 verdict, (b) the entitlement is for all employees as defined in the Working Journalists Act, (c) it  including variable pay is applicable to all including contract workers.

4. Giving its order regarding newspapers excluding contract workers from the Majithia benefits, the June 19 order says: “There is nothing either in the provisions of the Act or in the terms of  the wage board award which would enable us to hold that the benefit of the award would be restricted to regular employees and not contractual employees.”  This knocks the bottom out of the Managements’ contention that contractual workers have a different payment framework.  The Managements can no longer use contract employment to deny regular workers benefits under various labour legislations. It is for unions to ensure that contract workers also get the same benefits as others get.  They can now petition State Labour Commissioner to get these benefits using the June 19 SC order as the support for their claim under Section 17.

5. The Managements cannot use plea about “heavy Financial loss” to deny wage scales and other benefits. These “losses” would have to be proved before the State Labour Commissioners. It (that is, Heavy financial loss)  “should be over a period of time and facts about it have to be determined separately from case to case”.( emphasis ours). The unions thus have a heavy responsibility and also opportunity to prove their worth for workers. Unions MUST maintain a database of their  employers so that the Managements would not be able to hoodwink the State Labour Commissioner to get him to agree to pay less than what is due.

6. The Court in June 19 order has said that the wages notified “supersedes all existing contracts governing wages as may be in force”.  Though this reiteration is seen as routine, it is a victory for us as again it by implication supersedes contract system workers’ wages which is now replaced by Majithia wages. It also underlines that “existing contract” is no more a valid plea for rejecting payment under Majithia scales. (para 24 of the June 19 order)

7. A great win for us is the Court’s rejection of Managments’ plea that workers have “agreed to accept less” or “our workers are happy with what they are getting now”.  This excuse for not paying Majithia scales and benefits has been prominently put forward routinely by newspapers like Jagran. Some managements also produced written statements signed by workers to buttress the claim of the employers. The workers of these papers have said that these “agreements” were false and or obtained under compulsion.

8. The Court observed that such plea belongs to the question of “waiver” regarding implementation of minimum wages under the Minimum Wages Act. It said further: “(it) does not arise in the present case with regard to the involuntary nature of the undertakings allegedly furnished by them”( Para 24 of the June 19 order). In para 25 the Court has said that the Majithia wages are like Minimum wages and therefore there could be no accepting of payments below the minimum wage. The minimum is “non-negotiable”.  Implication is that such claims that workers had agreed to accept less or be satisfied with existing (lower) wages, cannot be accepted as there is no question of accepting anything below the minimum fixed under the law. Once for ever at SC level this excuse of workers agreeing to lower than prescribed wages is dead.  Such pleas are barred for ever.  SC has based  itself n the case study of

The case law in this context has been quoted in the June 19 verdict gives finality to the rejection of any plea for making lower payment than minimum legal. The pleas like Jagran’s are totally rejected,  The Court also seems to incline with the employee’s contention that the employees’ consent for lower wages has been obtained under duress, and hence has no evidentiary value.  The employers were taking advantage of the fact that the Working Journalists Act while allowing workers to continue to get wages and benefits they are at present getting higher than the one prescribed by the Wage Board, was silent on current wages that are lower. That advantage ( that is the workers have negotiated with managements for wages lower than the ones prescribed by the wage board,) has been knocked out and can no longer be advanced before any authority to deny Board scales and benefits. Even so called signed agreement with the workers accepting lower wages “voluntarily” loses any legal or other value.  The worker has won in this long drawn controversy about worker “consent” to exploit him. A huge set back for managements  like that of  Jagran where workers refusing to sign their own death warrant have been victimised in many different ways for decades.

The June 19 order has been criticized by some saying that it does not specify how benefits due under Majithia can be obtained from employers.  Also some of the controversies have not been clarified like whether DA should be on the new salaries minus variable pay.  As for compelling managements to pay new salaries, it all depends upon the pressures the unions can exert.  The Unions have been demanding many important changes in the Act to better implement the vision that central governments so far had held out to workers.  We are facing decades of neglect on newspapers to implement wage board awards.  With renewed hopes of a still better deal for workers from Majithia board. However, the SC cannot be expected to give you tools as well. Journalist members with non-journalists beside them must make unions strong enough to force employers to implement for what law and the courts have given them.  It is some strong and persistent unions and their leaders have made the Majithia boards a  stunning reality.