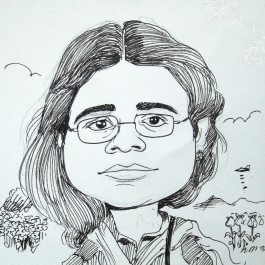 Why was the decision taken to suspend publication of Himal Southasian magazine?

We see an increasing trend in the region where civil-society activists and media are being silenced through regulatory means – whether it is unending financial ‘investigations’, or non-renewal of operating permissions. In our case, there are no investigations or charges of any kind. However, since January 2016 regulatory bodies of the Nepal government have withheld the permission to use grants we have been given and have not processed work permits we have applied for with no reason being given. Permission was neither given, nor denied and no timeline for a final decision was given. Without money and adequate staff no organisation can continue to function. We struggled with a dwindling work force for several months and everyone worked long hours so that there was no negative impact on our core work, but eventually we had to announce our suspension since we will no longer be able to pay salaries to staff nor payments to contributors after November.

Was it a difficult decision to take?

Yes, extremely difficult and that is why we all continued to work twice as hard to keep it going as long as we could. Himal Southasian has grown and stabilised as an organisation over the past few years. We had adequate financing and a dedicated staff which has withstood all these shocks. We have been increasing our output, readership and revenue and moving towards long-term sustainability. Many small organisations engaged in public service journalism fold up due to internal problems or because their administration is not as strong as their content. We had to announce our suspension even though we are growing from strength to strength and have strong administrative and financial systems which have been verified through a donor-mandated systems audit apart from the annual independent financial audits, and the regular oversight of government bodies and donors who have strict regulatory standards.

You spoke of the bureaucratic hurdles including non-approval of a grant from the Open Society Foundation. Why does Himal Southasian take grants from external funding agencies? Isn’t it indirect foreign investment in media? Doesn’t it hamper the independence of the media?

The issue of who pays for media and the linkage of this issue to media independence is a critical one being debated globally and Himal has been part of this as well, in print, online and through open public platforms.

As consumers we are all willing to pay for services we use – whether it is health, education or even entertainment – especially if we demand quality. If it is a public good we argue for public investment. However when it comes to media, we, as consumers, are unwilling to pay and quite comfortable with our media consumption being subsidised by corporations, governments, or even political groups. What we term ‘independent media’ is often private media being subsidised through corporate advertising. All over the world independent media organisations are now challenging the consumer to support their independence through subscriptions and memberships but we are a long way from that, especially in this region.

Himal Southasian has relied on donor grants to enable it to carry out in-depth long-form journalism on issues and regions that are neglected by mainstream media and such coverage has not been commercially viable thus far. Nor are there private philanthropists in Nepal who we could approach for support. Corporations do not advertise in Himal due to our critical reporting and our regional rather than nationalist identity. There is only donor support, however, and no foreign direct investment at all in the magazine. Ownership rests with the Southasia Trust which is a Nepali entity, a registered and duly regulated non-profit rather than a private entity. Himal has been very selective about where it sources its funding in order to ensure complete editorial independence. A scrutiny of our funding sources and our editorial content over the years would establish that. However, we also feel we would like to become less donor-dependent precisely to minimise the kind of challenge we face today.

Can you explain how Himal Southasian is run? Why is it necessary for it to rely on external funding support?

Himal Southasian is run by a team headed by the editor who has complete editorial independence. We commission articles from contributors on an article-by-article basis and have an open platform for submission of articles or ideas which are evaluated by the editorial team. Our effort is to focus on underreported issues. Southasia has a wealth of knowledge and we bring that into the public debate through rigorous editing. All our content is in the pursuit of public service journalism.

On the administrative side: We use donor grants with prior permission from the Nepal government. As we are a small team I, as the Editor also have to double up to provide oversight to the day-to-day administrative functioning. However, every single bank withdrawal, howsoever small, has to be authorised by at least two members of our Trust board who sign every single cheque. Any payment made outside Nepal – to contributors – is made after securing permission from the Nepal Rashtra Bank (the central bank of Nepal). Our finances are audited independently and the audit report, financial statements, bank statements, financial reporting are submitted to the Nepal Government’s regulatory bodies as well as to the donors.

On the business model aspect, while we are non-profit, we are not non-revenue. We have been trying to increase our revenue to move away from donor dependency. We have already moved to a ‘bookazine’ format and started a digital bookazine to this end, and plan to increase revenue through increased subscriptions, membership as well as syndication of our web content. These plans have had to be put on hold because the permission to use the grant for implementing them has been withheld.

Himal also said there was a problem with obtaining work permits for foreign staff. Can you elaborate? Is the Nepal government obliged to give work permits to anyone whom Himal chooses to hire? If not, why is work permit an issue?

The majority of our staff is from Nepal. But as an international magazine we also require international editorial staff. Nepal has a large number of international workers. We have followed Nepali government regulations and obtained and received several work permits for our international colleagues until the beginning of this year. However despite the recommendation of the Ministry of Information and Communication, the process for issuing a work permit was stalled without any explanation, forcing us to relinquish staff we had selected and preventing us from filling other positions.

What does the suspension mean to Nepal’s press freedom?

Nepal has been a unique space which has provided the freedom for independent journalism, especially one which does not conform to any nationalist rhetoric. The fact that this space is now being encroached upon is an unfortunate development.

What future do you see for Himal?

Over three decades Himal Southasian has been kept alive by the willingness of its staff to work on salaries below the market rate and contributors who write for very little or no remuneration.

Its content of nearly 30 years is a great archival resource and its platform has allowed journalists like me to write on issues which their national media do not allow. It has been a labour of love based on a fierce professional commitment. We will do our best to keep Himal’s journalistic work alive from wherever we can with the support of Himal’s very large global family.