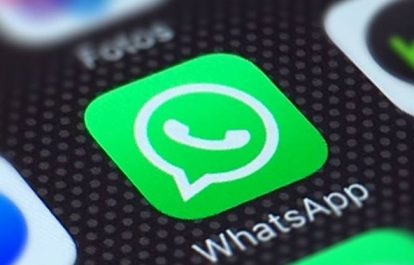 Whatsapp is a tool for communicating, but how will it impact journalism? Lubna Jerar Naqvi discusses this in the latest blog.

WhatsApp has become a valuable tool for many journalists in Pakistan, initially it was the SMS. Journalists have joined numerous groups that have journalists and non-journalists as members and news travels through this channel faster and to large numbers of people.

In countries like Pakistan, many journalists working constantly under the worst kind of conditions or constant conflict areas. WhatsApp has made it easier for a reporter – and cost effective for a media outlet – to get news, including images and videos, with little hassle.

This app also allows “as live” via videos or “live” coverage through WhatsApp which has probably made the life of many journalists even better.

The only problem is that a lot of fake news gets through as well. And like most people, some journalists also believe news coming from reliable sources within a group. And sometimes without verifying the facts and trusting the source, they just forward it.

There have been couple of instances when stories have crashed because they were either not true or based on some flimsy info. Or worse they were fabricated but looked too real to resist.

Pakistan is a country that suffers from the “breaking news” syndrome. Not so much driven by the demand of the viewer any more, but by the ongoing competition among the news outlets. This is where channels like WhatsApp come in handy.

Content shared this way is usually faster to disseminate and used, than if a journalist had to go through the entire process that involves doing a proper story where the content is seen by several eyes.

If the story crashes, no one really cares because everyone is running after the next story that will become breaking news. A corrigendum is rarely issued, and the general attitude is a shrug and on to the next.

Journalists in countries relying too much on WhatsApp for information gathering and relaying news seem to be forgetting the ethics of journalism. And this seems to suit many who seem to be alright with lazy or desk journalism.

But with journalism becoming more tech savvy it seems things are going to evolve, and many things will change if they haven’t already. A journalist may not have to go after a story, at least not all stories, as the access to stories has increased. Many stories come through various platforms of social media and are aired.

We have also seen in Pakistan that many stories initially not carried by the traditional media and have gone viral on social media, are aired by the local channels.

Several important stories like the severe beating of a juvenile domestic servant Tayyaba – who worked at an influential person’s house – became an important story for mainstream media; or the murder and rape of a young girl in Kasur and Kasur’s pornography scandal were also initially broken on social media.

The importance of technology and apps like WhatsApp cannot be emphasized enough. But what needs to be studied is how can these techie journalist work within ethics of journalism and still get the story using the modern technology.

Some forms of regulations and rules need to be enforced at all levels including for media students. Unions should be made aware of the dangers and the importance of this new genre of journalism of which social media is an important part, and some format devised to improve the quality of content without any kind of compromise on journalism.