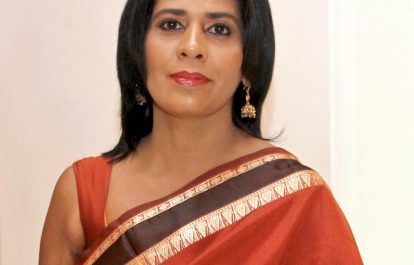 Dilrukshi Handunnetti is consultant editor at the Daily and Weekend Express, the first international newspaper published from Colombo, Sri Lanka. She is also the Co-convener of the South Asian Women in Media, Sri Lanka.

I have experienced a certain amount of online harassment. These experiences are two-fold: First, in response to the stories I researched and wrote and opinion columns. The second, for career choices I made.

On my writing, the response had been hate speech with references to by majority Sinhalese ethnicity and labelling me a traitor on the positions taken on the ethnic question. Given that much of my investigative reporting happened during the years of war, many of these stories dealt with military purchases, decisions by the defence establishment relating to civilians and displaced communities, evictions and overall government policy etc; some generated responses that are best forgotten, ranging from sexually explicit remarks to being labelled a traitor to the ‘nation’s cause.’ I recall many of them being deeply injurious.

The other, which I find not to be simply a matter of online harassment of a journalist, stems from deep-rooted sexism, related to the manner in which random people thought it fit to question my career choices.  I have reason to believe the slander was organised and supported by persons who could not fault-find with my work, but wanted to undermine me as an individual and portray the decision as one that stemmed from being greedy for money as opposed to the reality: of questioning institutional practices.

When I quit my last job at a state-owned publication, some of the comments published by a site that is supposed to promote truth in journalism, demonstrated clear bad motive. There was no attempt made to contact me to verify the information and it was slanted to create a negative image. If the story sought to damage, the comments thread appeared too strategic, swift and well planned, which showed that it was a mala fide act, in its entirety, from the publication of the story to the publish-ready comments.

This experience however is not unique to me, and shared by many other women journalists, where women are often questioned and condemned not for their lack of professionalism. The attacks often are highly personal.

Online harassment against women journalists is on the increase and ironically, with more platforms, our voices appear to get strategically stifled. The use of the digital space by women has also led to online sexism – strong, stifling and threatening. However, this comes as no surprise, as this is the daily experience of most women – it’s just that new platforms and spaces allow technology to be used with far more outreach and damaging consequences. Unlike in the traditional media domain where comments are stringently vetted, it is possible to cloak one’s identity and attack individuals in the most unethical and harmful manner. It is mostly to do with the opinions women journalists seem to peddle, the causes they identify themselves with and their vocal online opposition to sexist controlling mechanisms that are at play, more often than not, subtle and escaping the eye. Shaming and harming women is an age-old practice, except that due to the real time sharing of information which technology has made it possible and its great outreach – just as much as solid message multiplication is a possibility, so can degrading attacks through the new platforms, in all its manifestations.

Women journalists like all other women should be aware, take action and collectively do that to have stronger voices and defend their space. The idea is to silence women and to drive them out and the best response is to stay online and not be forced offline.

Studies over the years (by Demos in 2014 or the 2016 study by the Guardian), have shown that women journalists are subjected to greater harassment online than male journalists? Does this bear out your experience?

Yes it does. We know from personal and documented experience that men hardly earn comments on their physical appearance, the way women do. Secondly, even when trolled and targeted, men experience it more on professional lines and are not humiliated for their personal traits the way women are. Even when targeted for the professional work, attacks take a more personal form when it comes to women, with their roles in the society as mothers, sisters, daughters, being highlighted and used to shame them and question their roles and even validity in society. The false notion that the ‘honour’ of a community or a society is the responsibility of women is a popular line of attack in certain cultures.

The more feminist women, rights-oriented, able and willing to take on public advocacy roles on issues, are targeted. Online engagement is immediate and effective and offers a space for women who may otherwise enjoy the autonomy they exercise online. More and more women in the non-traditional domains and having their voices heard tend to attract hate-filled response that is age-old, but the technology is new.

Is there a particular type of story that invites trolling? Or is it more about the gender, caste or ethnicity of the by-line holder?

These experiences differ from country to country, and I find that diversity far more apparent in South Asia. As for the type of women who get targeted, in one place, Dalit women will be the target while elsewhere, a member of a minority religion or ethnicity may experience it. But what is obvious is that it is gendered – not just women but also LGBTIQ individuals who are targeted due to their sexual orientation.

As for the type of story, it seems that strong stance-taking, in depth and analytical journalism that challenge a multitude of stereotypes are often the targets of online bullying. There is evidence that women journalists who challenge gender stereotypes and debunk myths, are targeted more often than others who are dabbling in the so-called ‘non-threatening’ areas or ‘softer’ beats.

In some subtle and not so subtle ways, our governments also supress these voices, when oppositional voices emerge against government policies and programs and end up raising questions about matters of governance. These attackers have got more savvy; politically and otherwise. The studies also show that those who are often in the news and/or newsmakers in their own right, end up getting cyberbullied.

Just like Twitter working on filtering mechanisms to prevent certain keywords from appearing in newsfeeds, with increasing expressions of violence online, there will be more filtering mechanisms in the future, out of neccessity. Those who have serious online engagements have filters and moderation of sites. Using anonymity to attack individuals online can hardly be considered a reflection of free speech. All our freedoms, whether we like it or not, are regulated. We all live with that. But the answer does not lie in more laws but in mechanisms that ensure a safer online engagement. Having said that, I find banning not to be a solution at all.

There are several examples, but in Sri Lanka, the mainstream media appears to have policies that filter content and have basic safeguards, as opposed to tackling issues of cyber bullying etc.

The ideal situation would be to have content moderation policy without invoking censorship. Beyond a certain point, it may not be possible to actually control. This is also the beauty of the online experience: it’s without borders and that’s why we embraced it as a counter response to controlled, national media spaces.

How can harassers/perpetrators of online abuse be held to account, thus changing the culture of impunity that accompanies the harassment.

We often overlook the simple steps, and this is something many colleagues speak of, like informing the website administrators. All reputed sites have administrators with mechanism for reporting abuse and harassment.

For example, the Commonwealth Criminal Code makes it a criminal offence to use electronic communication to bully, harass and intimidate. In many countries, there are laws relating to stalking and harassment in different countries and this area is consistently expanding, just as technology evolves.

Despite the laws, cyber bulling can be intensely difficult for the victims. Some have documented successful attempts through counter campaigns: such as more people actively opposing acts of online abuse and highlighting offensive behaviour, thus generating online opinion against such behaviour. In reality, this may be far more effective than resorting to old systems for protection. Awareness is key as well as collective countering.

What more can be done by journalists themselves; unions, media organisations, social media platforms, the public and law enforcers – to defend women’s right to free expression online with confidence and security?

Most social media sites have a mechanism to report unwanted or offensive comments and behaviour. Recording evidence using screenshots of offensive posts etc. is key to arming oneself.  There can be campaigns to remove the offensive material and potentially deactivate accounts of cyber bullies.

Depending on the country and the mechanisms in place and their effectiveness, reporting to the police cyber cells can be a response. Collective action is what most women appear to believe in. Resilience is key and collectively responding, not fast perhaps but with more effectiveness can quell some situations. It is important to also study and understand the trends. Likewise, industry wide guidelines to tackle online abuse can be helpful. There are no ‘one-size-fits-all’ solutions but a combination could work.