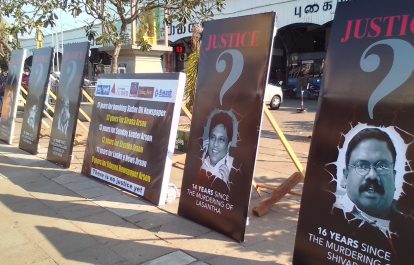 Sri Lanka Working Journalists Association (SLWJA) together with other media organizations made arrangements to display protest boards on the 28th January 2022 (today) at 3.00pm in front of the Fort Railway Station to mark Black January under the theme of

In addition , leaflets were also distributed to make the public aware of the situation.

Earlier we were planned to held a protest in front of the Fort Railway Station but it had to be limited to display protest boards due to health regulations imposed by the government to avoid spread of COVID-19.