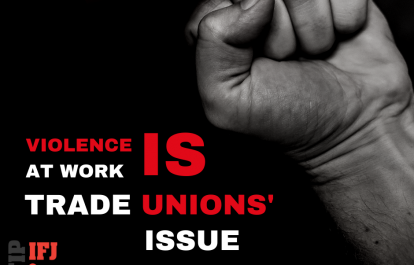 Mulleriyawa Police in the Central Province of Sri Lanka refused on January 10 to record the death threat complaint of a court correspondent. The International Federation of Journalists (IFJ) and its affiliate the Free Media Movement (FMM) strongly urge Sri Lanka’s police to accept the complaint and conduct an investigation into the matter.

On January 10, the Officer in Charge (OIC) of the Mulleriyawa Police in Sri Lanka’s Central Province refused to take the complaint of Nimanthi Ranasinghe, a court correspondent for the daily newspaper Lankadeepa. It is alleged that the police officer turned the journalist away when Ranasinghe refused to reveal her source. According to FMM, the police then humiliated Ranasinghe for standing up to her right to protect her source’s anonymity, telling her that no action could be taken under the Criminal Code.

On January 13, Ranasinghe then went on to lodge a further complaint against the Mulleriyawa Police OIC for his refusal to file the case and for the subsequent humiliating behaviour of the Nugegoda Senior Superintendent of Police (SSP) office in Colombo. Ranasinghe also requested the Nugegoda police to action the initial complaint.

The FMM said it strongly condemned “the demeaning way” the Officer in Charge (OIC) of the Mulleriyawa Police allegedly treated professional journalist, saying it set “a deplorable precedent”. It urged all relevant stakeholders to conduct an impartial inquiry into the incident to ensure that the guilty offenders are charged.

It is critical that Sri Lanka’s police treat such complaints with the seriousness they deserve and thoroughly investigate the matter, the IFJ added.

“The irresponsible behaviour of the OIC demonstrates the complete ignorance of the implications for both citizens and journalists and should also be investigated in terms of an abrogation of duty.”