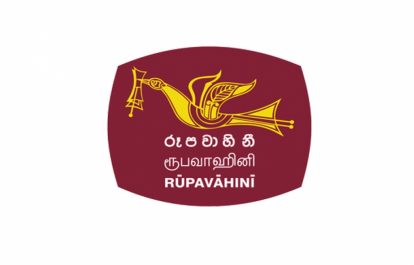 The Sri Lanka Rupavahini Corporation (SLRC), Sri Lanka’s state-run broadcaster has been moved from the purview of the Media Ministry to the Defence Ministry under presidential powers. The International Federation of Journalists (IFJ) joins its affiliates the Free Media Movement (FMM), the Sri Lanka Working Journalists Association (SLWJA) and the Federations of Media Employee Trade Union (FMETU) in strongly condemning the move by Sri Lankan President Maithripala Sirisena, threatening the independence of the media outlet.

On September 9, an Extraordinary Gazette was issued bringing the SLRC under the purview of the Ministry of Defence. The Extraordinary Gazette was issued on presidential powers and see the state-run broadcaster moved from the Media Ministry to Defence. The move by the President has been widely questioned in Sri Lanka, with elections due to be called before the end of the year, and many seeing the move as a a result of ongoing dispute between President Sirisena and government headed by Prime Minister Ranil Wickremesinghe.

FMM said: “The Free Media Movement recognizes that any election will become a free and fair election, in particular with regard to the National Executive and the Legislature, when information is available through an unbiased, impartial media system to voters to make an independent decision. This decision taken by the President is a violation of that right. Therefore, the Free Media Movement calls upon the President and the government to immediately revoke the Gazette notification placing the Sri Lanka Rupavahini Corporation under the Ministry of Defense and to guarantee a free and fair elections.”

SLWJA said: “SLWJA believes that media freedom of journalists who engage in independent journalism will be influenced by this decision and this could be affected to the professional rights of journalists… Taking into consideration the up-coming elections including presidential election, SLWJA believes that this suspicious decision could be corrected by appointing a Cabinet Minister for Mass Media.”

FMETU said: “The act committed at a time when elections would be announced soon amounts to misappropriation of state property for political purposes. Our Federation demands that the Chairman of the Elections Commission as a part of its responsibility to hold free and fair elections should express its standpoint over the matter. We as federation fighting for media freedom have always been maintaining the standpoint that media organizations funded by public funds should be changed to public service media institutions as without doing so there would be no ensuring of those institutes being abused by those in power for their advantage.”

The IFJ said: “The decision by President Sirisena to use presidential powers regarding the purview of the SLRC raises serious concerns about the independence of the state-run broadcaster, particularly with elections due in Sri Lanka in the coming months. We stand with our affiliates in calling for the decision to be reversed immediately.”