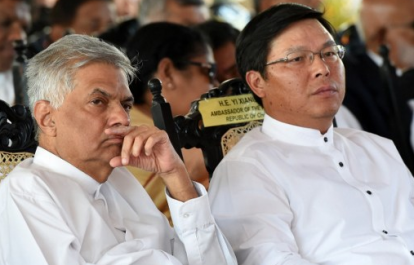 The International Federation of Journalists (IFJ) joins its affiliate the Free Media Movement (FMM) Sri Lanka in condemning the seizing of a drone camera used by the Hiru TV to report on a demonstration in Mirijjawila, Hambantota on January 7.

Hiru TV used the drone camera to film the demonstration against the inauguration of the Sri Lanka–China industrial zone in Hambantota, which was attended by Prime Minister Ranil Wickramasinghe. During the demonstration the police fired tear gas shells and launched water canons to disperse the demonstrators.

The camera was returned to Hiru TV after a few hours but without the memory card containing the recording of the incidents. The FMM called it a grave violation of the professional rights of journalists and urged the Media Ministry to investigate the incident, punish the perpetrators and take necessary steps to avoid such incidents in the future.

Seetha Ranjanee, FMM convener, and C Dodawatte, FMM Secretary in a statement, said: “The incident shows the obstacles in the way of professional rights of the media who work for the realization of people’s right to information. In particular, the act of seizing the memory chip of the camera demonstrates that journalists are unable to provide free information to the people, even though one of the world’s best Right to Information acts has been passed.”

The IFJ said: “The IFJ condemns the act of the Prime Minister’s Security Division of seizing the camera for hours and depriving a media house of its recording of an incident where police used force. The seizure is against the principle of media freedom and is an act of censorship. The IFJ urges the Sri Lanka government to immediately investigate the issue and ensure that such incidents are not repeated in the future.”