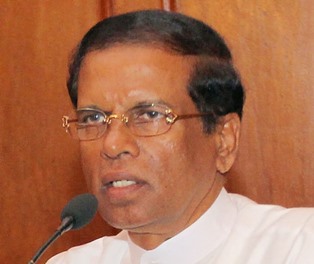 Rajapaksa was once hailed both at home and abroad for bringing Sri Lanka’s long-running civil war to a close in 2009. But he is now widely viewed as having failed to turn a military victory into a political one. His tenure became known for allegations of war crimes and corruption, rather than for reconciliation and reconstruction.

For the media, by all accounts, the Rajapaksa presidency was a catastrophe – even by Sri Lanka’s historically woeful standards. Violence, harassment and intimidation were frequent; impunity, the casual norm. Dozens of journalists went into exile.

IPI visited Sri Lanka this February together with IFEX and the IFJ to show solidarity both with the country’s beleaguered journalists and with the 100-day programme itself, which, we hoped, would roll back the abuses of the Rajapaksa years and begin to tackle some of the island’s most trenchant press freedom issues, including impunity, lack of access to information, and abuse of state media.

The programme promised “immediate and long-term measures … to safeguard the independence of media personnel and institutions”, and that the “right to freedom of thought and expression will be strengthened”.

It was clear from the beginning of our visit that Sirisena’s election had brought with it significant change. Our two-day stay in Jaffna, the capital of Tamil-majority Northern Province, would not have been impossible before Jan. 7, our local partners at the Sri Lanka Free Media Movement (FMM) noted. Long after the end of the civil war, Jaffna remained under tight military control, off-limits to foreigners, and especially to foreign NGOs. Even journalists from the south of the country recalled needing their passports to visit the city in recent years (“like we were going to a foreign country,” one said).

The media in Jaffna suffered heavily, first during the civil war, and then, later, in the aftermath of the government victory. Speaking to IPI and IFJ, local journalists and human rights campaigners seemed torn as to how to view the Sirisena administration’s promises. On the one hand, we were given the impression that a dramatic shift had taken place – literally overnight – after the election. Overt violence and threats against the press were largely gone, it was suggested. The military presence in Jaffna had been sharply reduced. Just days after taking office, Sirisena removed the Northern Province’s governor, a retired general close to Rajapaksa, and replaced him with a respected diplomat – a sign, area journalists said, that the “culture of arbitrariness” and hostility under the previous government was being rooted out.

On the other hand, it was clear that, despite a general feeling of hopefulness, the memory of past disappointments weighed heavily on journalists in the Jaffna area. Expectations that the new government would be a game-changer were virtually always counterbalanced by scepticism and a wait-and-see attitude, as if bracing for the possibility of disappointment.

For example, a common concern voiced was that the military authorities were continuing to subject journalists to surveillance, collecting material that could be used against them in the event of another regime change – or change of heart. The military was interpreted to be saying: “Our hands are tied but our eyes are open.”

“There is a lot of talk from the government,” V. Kanamaylnathan, editor of the Jaffna-based Uthayan newspaper, said. The newspaper has been the target of repeated violence over the years and bullet holes from an incident in 2006 in which gunmen stormed the paper and killed two of its employees still dot the walls of the room where Kanamaylnathan spoke. “But once they are in power, they don’t do it [reform]”, he continued, noting that investigations into the past attacks on Uthayan had not begun.

At a meeting in Colombo, provincial journalists from across the island echoed testimony of a truly remarkable shift. “When we came to Colombo [previously] we were threatened and attacked,” one journalist from Trincomalee said. “Now there is nothing like that, we experience freedom.”

Still, the tension between hope and instinctual mistrust was present here, too. “All governments love media at the beginning,” Janur Kichilan, from Kurunegala, in North West Province, observed. “[But] we don’t know how it [will] turn later.”

In meetings with government officials as well as at press conferences in Jaffna and Colombo, the members of the solidarity delegation stressed that the only way to overcome mistrust – which, we noted, fed self-censorship, inhibiting the investigating journalism that Sri Lanka desperately needs – was through action. Give journalists something to believe in, we said, something that will show the ills of the past are just that: past.

Today, precisely on the last of the 100 days, the Sri Lankan government announced that the Cabinet of Ministers had approved the draft freedom of information bill as well as a proposal to send the bill to Parliament under a special constitutional procedure for measures “urgent in the national interest”. A seemingly positive step, except for the uncertainty of parliamentary passage and the questionable exceptions that riddle the measure (state bodies can refuse to disclose information “that has been determine as to be safeguarded” or that could seriously harm Sri Lanka’s economy or international relationships, for example).

In other crucial areas, it is even less certain whether and when real progress will be made. During our visit, for example, it appeared that although the overall situation within state media had improved since Jan. 8, appetite for long-term structural reform to protect against government abuse had waned. For context, Transparency International Sri Lanka concluded in a recent report during the 2015 election that “state media as a whole tried to vilify, dishonour and destroy [then-opposition candidate Sirisena’s] image … [and] failed to provide balanced, fair, unpartisan information”.

Perhaps most worryingly, it is not clear that any concrete steps toward ending the cycle of impunity have been taken. Although government ministers vigorously insisted to IPI and IFJ that the government was now seriously looking into the numerous journalist killings in recent years, particularly those of editor Lasantha Wickrematunge and cartoonist Prageeth Eknaligoda, officials were cool to the idea of creating a presidential commission on impunity. This is unfortunate, as such a commission would encourage much-needed efficiency and accountability.

The Sirisena administration’s desire to improve the press freedom situation in Sri Lanka seems genuine. But in Sri Lanka, as everywhere, reforms can stall and priorities shift. The government has a tremendous window of opportunity now to dispense with the past and forge a new relationship with media – one based on respect for the rule of law and the media’s role in democratic society. As time goes by, that window will become narrower and the latent mistrust among journalists will start to calcify. For its part, the international community will need to keep its own eyes open and not let up pressure.

Now that the first 100 day period is over, let’s hope the next one goes lighter on the hope and heavier on the results.