Sri Lanka’s young journalists have their own battle to fight 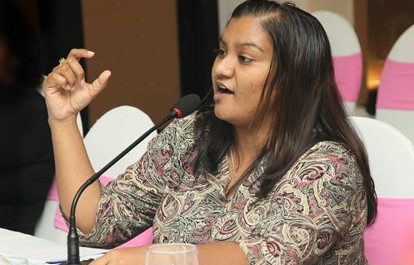 Being extensively engulfed in ‘war reporting’ for almost 30 years and subsequently being subjected to excessive media suppression by the rulers, journalists- especially the younger generation – in Sri Lanka are struggling to come out of the box.

Trapped in the mantra of self-regulation (irrespective when, where and whether it is necessary) and breaking ‘it’ first to beat the competitors with no or less professional guidance, young journalists in this country have their own battle to fight against various internal and external elements to ensure professionalism. Sadly, majority of them do not even realize that they need to fight.

The biggest challenge young journalists are facing today is lack of editorial independence. Well, one might think of the bigger picture and would say it is common as there is no editorial in the world that enjoys complete independence or freedom.

We have come to terms that your independence ends where the owners’ and his associates’ interest begins. But, young journalists especially the budding ones, have so many gate keepers to pass before getting the approval of the Editor’s approval or the management’s approval for that matter, to do a story.

For instance, if they are want to go on an outstation assignment to dig a story, they first need to seek the approval of the senior journalist whom they are immediately under, then the assistant desk head, then the desk head, the deputy or associate editor and finally if they are lucky enough the Editor. Yet, upon receiving editor’s nod there is another range of procedures which involves reserving a vehicle, getting financial requirements ready and etc. at which point the management, be it the General Manager, CEO or even the Director Editorial might find the story is not worth spending company money on. That’s the end of the story.

It is not only story ideas that suffer premature deaths but also innovative ideas that could benefit the company. It is not rare that young journalists come up with novel ideas that could lead to great promotional projects where the management can boost circulation of newspapers and ratings of electronic media. Yet these ideas hardly reach management level as it needs to go through so many gate keepers. It will either get twisted at one point or not reached at all depending on the level of understanding these gate keepers have on the subject matter. This happens often because young journalists have minimum direct access to the management.

Younger generation is highly involved in social media and also driven by new media trends. They often depend on Facebook and Twitter to gather news. They find news leads through these and also cite Facebook or Twitter as their source of information.

While, there is an argument whether one can take information directly from social media as authentic, without re-confirming it with another source, this trend often ends up youngsters clashing with their seniors, who strictly believe in multiple sources and always looks at social media with a doubt. Thus, making generation gap another trait to which young journalists should find a solution in order to get their stories to the public.

Senior journalists who are from the old school that believes in multiple sources rarely go wrong in presenting their information. However, in an industry that is marred with competition due to mushrooming private media institutions young journalists are today faced with the challenge of ‘breaking it first’ rather than ‘getting  it right’ in order to survive.

Young journalists are veterans when it comes to current affairs. They will tell you who said what and where it happened if it was regarding an issue that happened today, yesterday or two weeks ago for that matter. If someone asks them what were the root causes that led to the formation of the LTTE trust you to get ‘they wanted a separate state’ as the answer from 99 percent of them. This has been what they were hearing or made to believe over the years. Their lack of interest or lack of time have prevented or kept them away from reading relevant books or doing researches pertaining to a particular issue or a subject.

Unlike us, the previous generations of journalists were well read or absorbed their necessary knowledge through engaging in discussions with those who knew. Unfortunately, the younger generation is deprived of these luxuries due to immense competition in the industry that demands their full time to the institution and not having an institution or people that they look up to.

While, there may be several institutions where they ‘train journalists’ by awarding journalism diplomas, not a single institution offer this much needed professional guidance for journalists on how to dig deep into a story. Even today, none of the Sri Lankan universities offers a degree in journalism where one can study all the traits of journalism. Instead, they offer mass communication as one subject.

What young journalists are in need today is not someone telling how to write a news copy or being enlighten about the inverted pyramid. What they want is a professional guidance in understanding the context of an issue, how to investigate and dig deep until one finds the truth or root cause of a problem.

This lack of professional guidance probably must have prevented majority of them looking at social or political issues with an open mind. Being opinionated about those issues or ideas that considered to be ‘progressive’ has now become a trend among young journalists.

They go to the extent of launching social media campaigns to promote their opinion on issues – be it on same sex marriages or who should win the next General Election- and will not hesitate a bit to launch scathing attacks those who are against them, even if it was their own colleague.

While, it is still debated whether journalists should become activist, what young journalists do not realize is their failure to being open minded when approaching an issue has resulted in violating a paramount ethic of being impartial or unbiased.

Driven by sheer interest most youngsters, especially school leavers join journalism, but as they reach their late twenties or early thirties, they tend to leave the field. This was largely witnessed in the past decade or so as journalists find it difficult to cope with other economic and social matters they encounter when running a family.

Survival in journalism for years is indeed a struggle, in a country where prices of everything else goes up while wages remain at a point where it was about two decades ago. While, the case may be different for those in English medium journalists in vernacular language media (both Sinhala and Tamil) are paid peanuts.

Only those with some sort of an experience could demand a salary when joining a media institution. Generally, a trainee journalist in English language newspapers will be recruited for a monthly salary not more than Rs 15,000 (USD 112) while their colleagues in Sinhala and Tamil media are paid much less. However, what practised by these Sinhala and Tamil media institutions at large is not to recruit fresh journalist to the permanent staff but keep them as freelance journalists.

Most youngsters who enter the field are compelled to work at least six months without having a permanent salary or work as a freelance journalists, only a handful would survive the ordeal they have to go through. This was mainly because they have to manage accommodation, traveling and food expenses among others with whatever the amount they get.

This has however resulted in them engaging in various other activities including part time jobs at advertising firms or any other establishment. The latest and more alarming trend is them being a part of the media unit of a minister or a politician. Also, since now media establishments have started paying a commission for journalists who brings advertisements, most journalists are keen on fulfilling that need more than finding a good story as it pays their bills.

This has resulted in breeching conflict of interest among many other ethics.

On top of that one cannot guarantee that they will continue to have their job if they are to demand a salary increase or any other facility. This was mainly because the companies now include a clause to the work agreements that the journalists will not be engaged in or be a part of any trade union.

The systematic weakening of once powerful journalists’ and media workers’ associations over the past decade too has led to lesser power of bargaining.

Unless you have already become a brand in the industry and exceptionally talented one cannot even think about bargaining. Unfortunately the breed is rare.

As many who enter the field are determined to become either a political correspondent or a defence correspondent have left the industry from evolving with new trends. There are lesser people who have been specialised as food journalists, travel journalists or any other. Even those who claimed to be in the genre are far behind those in the international arena. Unless young journalists realise the trends in the field and armed themselves to specialise in a particular area, their survival will be much more difficult in the future.

Another reason for lack of bargaining power for journalists, especially those in broadcasting, is not having a chance to build their own identity. Private radio channels have given nicknames to almost all presenters and DJs except those who are reading news, which has resulted in them promoting that particular nickname but not their true identity. This has prevented them in going for another institution for a better salary as there is no way convincing or proving that he/she was the bearer of that particular nickname.

Since journalists in Sri Lanka has no retirement age, excelling and climbing up the ladder is nothing but a dream for majority of journalists in the field. There have been instances where one joins the field at the age of twenty as a journalist passing away while in the same post despite being actively in journalism for more than a half a century.

Under these circumstances it is completely up to the young journalists to come up with their own strategies to fight these elements.  Unless it won’t be long the day where others would call them as mere lighthouses, which emits light to guide faraway ships while darkness looms around.

Gagani Weerakoon is the News Editor at Ceylon Newspapers Pvt Limited and is a media trainer at Sri Lanka College of Journalism. She is also an executive member of Sri Lanka Working Journalists’ Association, SAFMA and SAWMN. Gagani also represented Sri Lanka at the first ever South Asian Gender Roundtable in Kathmandu, Nepal in 2013.