Stand by and support other women journalists 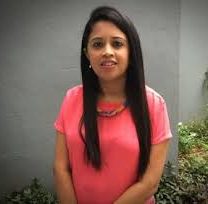 Dhanya Rajendran is co-founder and editor-in-chief of The News Minute, a digital news platform reporting and writing on issues in India, with a specific focus on the five southern states. She is the former bureau chief, South India, for Times Now television. She has 82.2K followers on Twitter

I have been trolled multiple times. One of my first experiences in mob trolling was in 2012. A mass exodus of North East Indians was taking place and I had just returned from the railway station in Bangalore. I tweeted that a special train with many people had left and hopefully they would all return soon. At first people were shocked, then many supporters of the Bharatiya Janata Party (BJP) including top journalists and a top woman journalist started questioning me and calling me names for spreading ‘lies’. Though I had seen the train with my own eyes, I was made to feel guilty. Since that was my first experience, I bowed down to pressure and deleted one of the tweets. The next day, it became national news and one of the top journalists called me to apologise. But I learnt a valuable lesson that day: ignore the trolling and just stick to your point.

However, I would like to add that I have never been threatened online. I have been abused, my integrity questioned, abused etc.

Harassment is an issue for all, not just women. For women, however the situation is graver keeping in context the sexual nature of most threats. Technology has definitely made tools available for a large population that doesn’t mind creating memes, graphics, tweet snapshots and other such elements to spread hatred. With messaging platforms becoming popular, it has also become easier to spread these lies faster.

Studies over the years (by Demos in 2014 or the 2016 study by the Guardian), have shown that women journalists are subjected to greater harassment online than male journalists? Does this bear out your experience?

Yes, that could be true. I have seen that women are trolled with more viciousness and for longer periods. When it comes to male journalists, the trolling is largely restricted to their work. Where women are concerned, their family background, physical appearance etc too are all fair game for trolling.

Is there a particular type of story that invites trolling? Or is it more about the gender, caste or ethnicity of the byline holder?

It is a combination of both. Followers of most political parties online are people who wear blinkers. They endlessly troll and harass if anyone has an opinion that goes against their party. Since I cover south India, I have had experiences of being trolled by all the political parties: BJP, Left, All India Anna Dravida Munnetra Kazhagam (AIADMK), Dravida Munnetra Kazhagam (DMK) and Congress trolls. Everyone finds it convenient to question a journalist’s integrity without a shred of proof. In certain cases, for example if there was a linguistic or inter-state problem, one’s ethnicity becomes the reason for the harassment

No. I don’t believe in moderation or filtration of content from genuine accounts. We cannot be vouching for freedom of speech and then go about silencing people. However, sites like Twitter can act on anonymous accounts that troll or harass women.

Depending on the platform where the trolling/harassment happens, and the kind of messages that come through, we have different ways of dealing with it.

We started doing ‘Facebook lives’ several weeks ago, and one of things we noticed was that, while there were several people who wanted to genuinely engage with our feed, there were others who were simply there to comment on the appearance of the anchor, and harassed our reporters while they were getting them the news or getting a ground report. Not only is this disturbing for the person concerned, and the team at large, it also acts as a major irritant, especially when we’re reporting in crowded or sensitive areas.

Following a series of such comments, where we initially replied to them on the comments section or deleted them altogether, we decided to call the harasser out. The team has been given the freedom to interrupt their report to call them out if needed. We also screenshot such comments and report their pages – although reporting to Facebook hardly ever has an effect.

On Twitter, depending on the kind of comment, we either ignore it or reply, and the course of action depends on the individual who is attacked, and what they’re comfortable with. For instance, if a person doesn’t mind retaliating or ‘trolling back’ the offender, we formally or informally help them do it. If they want to ignore them, we support that. If they want to block them and move on, they’re free to do so as well.

An ideal social media policy has to be flexible, and accommodating of everyone’s experience. An organisation should be willing to support an employee if they so wish, and also stand by them if they choose to not act. At the end of the day, these are personal battles as much as organisational ones.

How can harassers/perpetrators of online abuse be held to account, thus changing the culture of impunity that accompanies the harassment.

As mentioned earlier, one of the ways to hold them accountable is to call them out – especially on a platform like Facebook, where their friends and family can see what they’re up to. Another way is to have a dialogue with the platforms themselves, and ensure they understand and update their reporting mechanisms.

What more can be done – by journalists themselves; unions, media organisations, social media platforms, the public and law enforcers– to defend women’s right to free expression online with confidence and security?

Solidarity. We should be willing to stand by and support other women journalists when they face harassment, despite ideological, professional or personal differences.

Also, as journalists and organisations, we should create space for dialogue on gender based violence including harassment in cyberspace. Because no number of laws can change the basic problem that causes such harassment: misogyny and patriarchy.