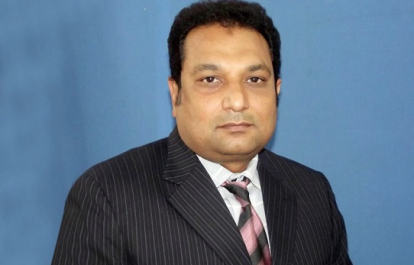 Recently, the Taliban’s central spokesperson Ihasan Ullah Ihsan issued death threats to Zia ul Haq, the Peshawar-based assistant general secretary of the PFUJ and news bureau chief of ARY News. Ihsan, using an international mobile number (+93767895493) called Haq’s personal mobile and warned him of severe consequences if ARY News continues to not propagate the Taliban’s views and the PFUJ continues its opposition of the Taliban.

The IFJ and the PFUJ is seriously concerned about the safety of Haq and urge the Government of Pakistan, and the Interior Ministry, to provided security to Haq.

The PFUJ said: “Pakistani journalists have been continuously receiving death threats from the Taliban.” They also urged the government to ensure the security and safety of journalists.

In a letter to the Interior Minister, Mr Chaudhry Khan, the IFJ Asia Pacific said: “We also want to notify to you and the Government of Pakistan that Pakistani journalists have been continuously receiving death threats from the Taliban and living under the continuous danger of being attacked or killed for performing their duties as journalists.”

The IFJ added: “We urge the Pakistani government to immediately provide security to the threatened journalist; and also work to ensure a safe environment for journalists exists in Pakistan.”

Pakistan is the most dangerous country in the world for journalists as 14 journalists and media workers were killed in 2014 – the highest in any country in that year. The safety of journalists across Pakistan was also threatened through attacks and intimidation. Throughout the year the IFJ wrote  to Prime Minister Nawaz Sharif calling for action with the on-going culture of impunity in the country. In December last year, the IFJ also wrote to opposition leader Mr Imran Khan after a spate of attacks on journalists covering his political rallies.