Technology has made it easier to harass women 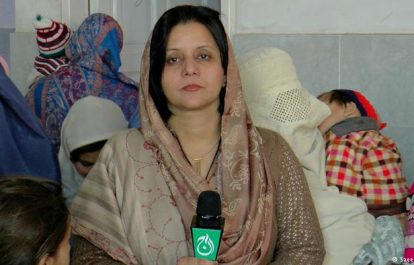 Whenever I do any programs about the government of Khyber Pakhtunkwa (KPK), which is not as per their liking, I receive a barrage of comments in very vulgar and abusive language. In print you are faceless and only words represent you, but in TV Journalism, you have to be there right in front of camera. You can’t hide yourself and so you are exposed to the world physically.

When you are working in conflict areas like KPK or reporting from Tribal Areas it is almost like playing with one’s life. In a pure Pushtoon society, religious extremism and misconceptions are at such heights that even women’s faces are not tolerated,  I leave home saying good-bye to my husband and son as if I am looking at them for the last time, and they would receive my dead body any time from the hospital.

But technology has made it easier to harass women journalists. I saw this in many cases especially when women are working in the field, we were always worried about footage shot on mobile phones by our colleagues or someone else and they post it with offensive comments, or go on to troll women by distorting situations. Once, a female colleague was waiting in car for a cameraman who was buying some food. But someone posted this video with a comment that she was waiting for her bureau chief who was booking a hotel room for them, which has other implications. They also put her number out in public saying “if you want to do something with her you can contact her on this number.”

Yes it should be filtered because in recent cases we have seen hate speech create many problems for journalists. Freedom of speech does not mean creating risk for others’ life.

No we don’t have any such thing at an organisation level but we personally have attended some workshops on issues of online security.

What more can be done –by journalists themselves; unions, media organisations, social media platforms, the public and law enforcers– to defend women’s right to free expression online with confidence and security?

By improving law and enforcement of these laws, things will change for women journalists. Journalist by themselves can improve it through capacity building workshops on this issue because most of us, including me, are unaware of how to deal with online threats.