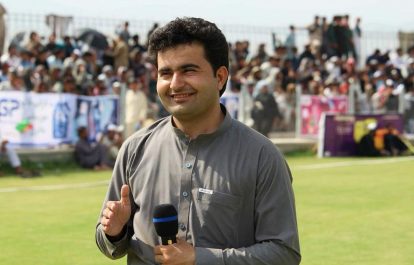 Unknown gunmen killed Ahmad Shah, a journalist with BBC Afghan service, on April 30, 2018 in Khost province, Eastern Afghanistan making the day the deadliest for media as nine other journalists were killed earlier in the day in a suicide attack in Kabul.

The International Federation of Journalists (IFJ) joined the Afghanistan Independent Journalists Association (AIJA) in strongly condemning the targeted killing of Shah and demanded swift action from the authorities to arrest and punish the killers.

According to media reports, two unknown armed men riding on a motorcycle shot Shah dead while he was on his way home at around 4 PM. It was not immediately clear the reason behind the killing and no group has taken responsibility for the attack.

A statement from BBC World Service said: “It is with great sadness that the BBC can confirm the death of BBC Afghan reporter Ahmad Shah following an attack earlier today. The attack took place in Khost province. Ahmad Shah was 29. He had worked for the BBC Afghan service for more than a year and had already established himself as a highly capable journalist who was a respected and popular member of the team. This is a devastating loss.”