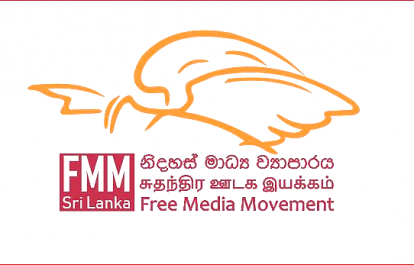 The Free Media Movement strongly condemns the demeaning way the Officer in Charge (OIC) of the Mulleriyawa Police has allegedly treated professional journalist Nimanthi Ranasinghe, who works as a court correspondent for Lankadeepa.

According to reports reaching us, Nimanthi Ranasinghe had visited the Mulleriyawa police station to complain about a threat to her professional career and the complaint has not been accepted and due process followed.

She has tried to explain to the OIC that the complaint lodged under advice from the Victim Protection Unit.

The OIC ignored the reasoning has acted in a manner that has threatened her life and her dignity.

As a result, Nimanthi Ranasinghe had to complain to the Mulleriyawa OIC, to the Superintendent in Charge of the Nugegoda Superintendent Police Division.

The Free Media Movement considers this as an irresponsible act by a state institution responsible for ensuring the safety of citizens.

The Free Media Movement considers this action initiated against professional journalists responsible for reporting the truth to citizens, as a deplorable precedent, and therefore, urges all relevant stakeholders to conduct an impartial inquiry into the incident and ensure that the offenders are charged.