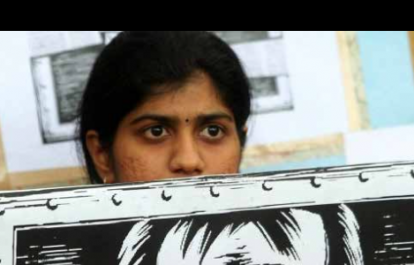 A total of 14 journalists lost their lives across South Asia in the period under review, mostly targeted in attacks with Pakistan the most dangerous country in the world for journalists.

The IFJ said the digital realm represents press freedom’s newest conflict frontline and The Freedom Frontier takes a particular look at the challenges, laws and repressions that are crushing freedom of expression in the digital space. It also explores some of the battles won, such as the concerted campaign and victory that rid India of the of the controversial Section 66A of the Information Technology (IT) Act, and some of the mighty battles ahead to stop new laws and censorship that inhibit the flow of information in countries such as Pakistan.

“While we have witnessed increased repression on journalists and press freedom in the digital space, the online realm also presents tremendous opportunities for informing, connecting with audiences and in harnessing regional solidarity and action,” the IFJ said.

On the 20th anniversary of the Beijing Declaration and the Platform for Action, which aimed at “removing all the obstacles to women’s active participation in all spheres of public and private life through a full and equal share in economic, social, cultural and political decision-making”, this report gives special attention to the barriers affecting women journalists’ progression in South Asia’s media and highlights best practice examples where change is happening.

For the first time, the annual exploration of South Asia’s media freedom features capsule reports on conflict zones and outlines the devastating toll on journalists in regions such as Balochistan and Khyber Pakthunkhwa in Pakistan, Kashmir in India and Sri Lanka’s North and East.

“With a dismal number of prosecutions and successful convictions of journalist killers in the region leaves impunity as a priority issue for the IFJ and SAMSN. The report features specialist investigations in the countries where impunity is rife – Sri Lanka, Pakistan and Nepal – and tracks government progress as well as emblematic cases and key actions that are helping to strike a blow at embedded cultures of impunity,” the IFJ said.

The report, supported by UNESCO, UNDEF and the Norwegian Ministry of Foreign Affairs, details threats, violations and attacks on the media in the year up to World Press Freedom Day, May 3, and is also a key tool for advocacy on issues such as press freedom, impunity and gender equity in the media.

“Importantly, journalists are taking their battles to the courts, online and to the streets and they are harnessing digital tactics to build campaigns and solidarity with their colleagues in the region,” the IFJ said. “What is clear is that journalists in South Asia are doggedly focused on presenting the full story.”

To download the soft copy of The Freedom Frontier, go to Resources page.