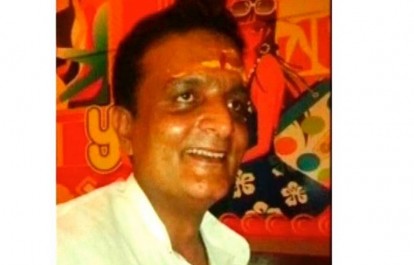 The IFJ said this is the sixth murder of journalist in India in 2015 and the third in Uttar Pradesh in 2015 and joins its India affiliates in calling on the government to immediately take steps to improve the alarming security situation for journalists in India.

According to reports, the 45-year-old local television journalist was on his motorcycle travelling home from Kamalpur market in the Chandauli district when two motorcyclists confronted him. After a dispute, the duo shot him twice in the chest and fled the scene. Local witnesses rushed to the scene and Yadav was taken to the district hospital but was declared dead on arrival. Yadav is survived by his wife and two children, aged five years and nine months. Police have registered the case but no arrests have been made so far.

Yadav is the third journalist to be killed in Uttar Pradesh in the four months since June. Jagendra Singh, a Hindi newspaper journalist died on June 9 after sustaining critical burns in a suspicious incident involving local police in his home on June 1. The second journalist Sanjay Pathak, a part-time journalist with a local Hindi daily was violently beaten to death on August 17.

The IFJ is gravely concerned at a plummeting climate of hostility toward media workers in India that has seen six journalists killed across the country since June alone.

IJU President, S N Sinha; Secretary-General, Amar Devulapalli; and Press Council of India members K Amarnath and Prabhat Dash said in a statement: “It seems that the profession of journalism, which manifests freedom of expression enshrined in the Constitution of India as fundamental right, has become the riskiest profession, particularly in semi-urban and rural areas. Journalists are facing the wrath of politicians, mafias and police whenever anything unpalatable is reported.”

Ras Bihari, the NUJ(I) president, said: “We consider these attacks as an attack on the democracy and freedom of the Press, as some political miscreants try to prevent the journalists to do their job.”

The IJU and the NUJI reiterate their demands for a special law to protect journalists from physical attacks. The IJU has urged editors, working journalists and journalist associations to jointly launch a campaign for the law. The NUJI has sought immediate intervention from India’s president, Pranab Mukherjee, Prime Minister Narendra Modi and the Home Minister, Rajnath Singh, of India for protection of journalists.

The IFJ general secretary, Beth Costa, said: “The IFJ strongly condemns the murder of Hemant Yadav in Uttar Pradesh and demand immediate action to bring those responsible into custody. The IFJ calls on an immediate investigation into the three murders in Uttar Pradesh and to heed the recommendations of our colleagues in India to strengthen protections for journalists in India. Despite being the world’s largest democracy, the freedom of the press currently does not guarantee journalist safety. ”