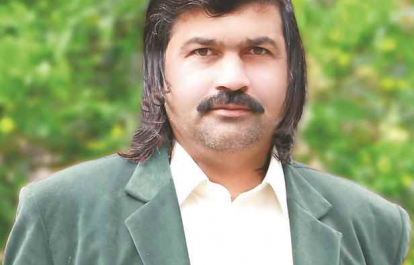 The International Federation of Journalists (IFJ) strongly condemns the killing of a senior journalist in Khyber Pakhtunkhwa in  northwest Pakistan on Sunday, June 11. The IFJ demands the immediate arrest and prosecution of gunmen to ensure justice.

Bakshish Elahi, the Bureau Chief of K-2 Times Urdu daily newspaper in Haripur was shot dead by unknown motorbike-borne gunmen near his home at Lora Chowk, Haripur district of Khyber Pakhtunkhwa. The gunmen fled the scene after firing five shots at Elahi, one of which hit his head and others his chest and stomach.

Elahi is the third journalist to be killed in 2017 in Pakistan after Taimoor Abbas, 22-year-old assistant cameraman of privately-owned Samaa TV news channel, and Muhammad Jan Sumalani, a reporter of Urdu language Daily Qudrat and Brahui language Daily Talar Quetta. Abbas was shot dead on February 12 in Karachi while Jan was killed on January 12 in Balochistan. Since 2005 over 100 journalists have been killed, making Pakistan one of the most dangerous countries in the world for journalists.

The IFJ general secretary, Anthony Bellanger, said: “We condemn the killing of Bakshish Elahi in Khyber Pakhtunkhwa. The targeted killing of yet another journalist is sad news as Pakistan has failed to improve the security for journalists despite seeing hundreds of journalists and media staff being brutally killed over the last few years. The IFJ demands strong action from Pakistan government to ensure justice to Elahi.”