World condemns impunity while another Pakistan assassination takes toll to 14 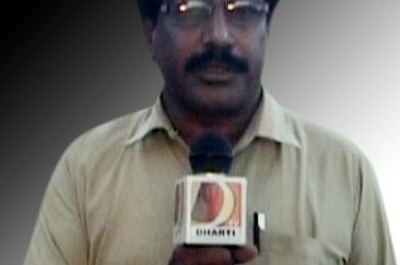 The International Federation of Journalists (IFJ) and its affiliate the Pakistan Federal Union of Journalists (PFUJ) deplore the brutal assassination of a journalist in Sindh province yesterday and demand the immediate arrest and persecution of the murderers.

The IFJ said Pakistan leads its global death toll as the most dangerous country for journalists and media workers, outranking Syria and Iraq in journalist killings for 2014.

Jewan Arain, a journalist of Dharti TV, was killed in Ghambat Khurha, Sindh, in Pakistan’s Southeast, on November 5. According to reports, a group of people opened fire on him when he was on the way to his office at about 3pm. He died at the scene as a result of his injuries.

The motive behind the killing has not been established, however, other journalists in Sindh believed it was related to his profession and staged a protest demanding the killers’ arrest.

This week, the IFJ and the South Asia Media Solidarity Network (SAMSN) wrote an open letter to Pakistan Prime Minister Nawaz Sharif calling for him to recognize November 2 as Pakistan’s National Day to End Impunity and to respond to a call to action.

IFJ acting director, Jane Worthington, said: “Arian is the 14th media worker to be killed in Pakistan this year – all of these killings were targeted shootings and assassinations. There are no other words than saying the situation facing journalists in Pakistan is beyond horrific. It is a war on the media that is crying out for a strong, concerted response that must be led by committed government that values the principles of democracy and understands the vital role of the media in that democratic system.”

The PFUJ said Pakistan’s “government had failed to provide security to the journalists. The state had failed to arrest killers in previous cases, which has resulted into an increase in incidents of killing of journalists in different parts of the country.”

It once again urges the government to realize its responsibilities and proceed to arrest killers of the journalist. The PFUJ also demand a financial compensation to the bereaved family.

The IFJ notes that Pakistan is now the most dangerous country in the world for journalists – a situation worsened due to the high level of impunity for crimes against journalists. Of 100 cases of journalist killings since 2000 there have been only two prosecutions.

“The irony is not lost on the thousands of journalists who have marched to protest the country’s deplorable impunity record that three days after the International Day to End Impunity for Crimes Against Journalists, another journalist is struck down – the target of a direct assassination,” Jane Worthington said.