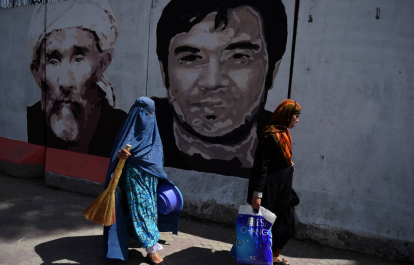 Taimoor Abbas was just 22 years of age when he took a fatal hit after being caught in the crossfire covering a police assault and shootout in Karachi. Leo Diaz, a 60-year-old columnist and radio reporter, was shot down outside of his home by a passing gunman on a motorcycle in Mindanao. And my friend and fellow impunity campaigner, Maldivian blogger Yameen Rasheed was just 29 when he bled to death after being stabbed 14 times in a vicious assault in the stairwell of his home in Male.

In all, 22 media workers across the Asia-Pacific have lost their lives this year. We grimly expect more before the year draws to an end. This is not fatalistic. It’s a brutal fact. On average, we lose one of our own every ten days. This year the gap has widened a little, to 17 days, but that’s a moot point. It doesn’t make it any easier to record their deaths, week in and week out.

As we mark the fourth International Day to End Impunity for Crimes Against Journalists, the other statistic that we know too well is that 19 of these 22 recorded killings is likely to go unpunished. Too often there is poor investigation, sluggish follow-up and a culture of political and business sponsored media killing. That has to change.

In the four years since the UN General Assembly adopted Resolution A/RES/68/163 proclaiming November 2 as an international day to draw attention to the worsening crisis of impunity for crimes against journalists, we reflect sombrely on the lives needlessly taken each year and question ourselves on how we can effectively turn this situation around.

We protest in our towns and cities and online. We release reports offering recommendations for change. We campaign to draw global attention to the weaknesses and failings of governments, courts and state forces in tracking down and bring perpetrators to justice. We follow cases and hold our report cards up to the global spotlight. We look to find solutions out of hard-won victories. We call on governments and their leaders to bear responsibility for the deathly smear that blights countries like the Maldives, Myanmar, Afghanistan, Bangladesh, Pakistan, the Philippines and India. We try to do more to bring justice to those lost, even when we know we are pushed to our limits.

There is no quick fix. That is all too clear. But because we know impunity leads to more murders and is a warning to the breakdown of judicial systems, the rule of law and democracy, we also know things need to change. Theymust change.

And change is coming.

Yes, we should take a small gulp of hope in that the days are growing wider between the killings in the Asia-Pacific. But more importantly, we know that many IFJ affiliates around the world are cutting their own path to find justice.

In countries like Nepal and the Philippines, effective media monitoring networks established by the FNJ and NUJP keep tabs on the media environment and condemn and continues to push for meaningful change.

In Pakistan, intensive global efforts to strengthen the capabilities of journalists to operate with more preparedness and knowledge on the dangers are beginning to make impact. The killings are abating, combined with regional and national coordination efforts that are also bringing positive change.

In Afghanistan, efforts by the AIJA are working to bring the government to the table and make meaningful commitments to making journalists safer.

There are still some notable gaping holes. In Bangladesh, India and the Maldives, it sadly seems that media workers’ lives carry little regard in the wider state interests of political powers which fail to see what is at stake in the bigger picture. While that happens, the numbers continue to mount.

Today, the IFJ’s members globally support our colleagues where they are under fire. Because what we also know is that when media pool their efforts, share good practices and expand their coverage on attacks against journalists, change is possible.

Here in the Asia-Pacific, while we are a massively diverse region of cultures, languages, religions, politics and ethnicities, we know that when media – not just media workers but also media companies – put editorial and political differences aside to act in unison to combat impunity that it makes an impact. Where we have strong unions and associations working together, they are powerful united voices.

As of today, 666 journalist deaths have been recorded by IFJ in our region since 1990.

Right now, we need a truly regional conversation on challenges to press freedom in Asia Pacific, including how to deal with threats and security protocols by media houses. We need to be better equipped to campaign and lobby for legal changes. We need capable and innovative media unions to lead and develop strategic initiatives.

Today we must remember the ongoing fight ahead. Change is coming.

The author is the IFJ Asia Pacific, Director – Program & Development.

Photo: A mural of Afghan AFP reporter Sardar Ahmad, in Kabul. Sardar was shot dead along with his wife and two of his three children when four teenage gunmen attacked the Serena hotel in Kabul on March 21, 2014. Credit: WAKIL KOHSAR/AFP

The IFJ launched 2017 End Impunity for Crimes Against Journalists campaign on November 2. For more detail, click here and here.