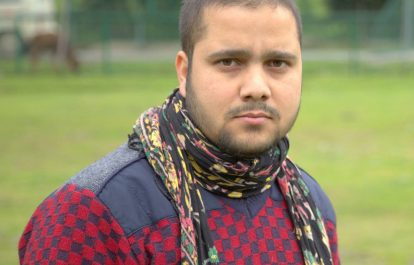 The cyber wing of the Jammu and Kashmir Police summoned and abused Auqib Javeed, a Kashmir based journalist, over a news report about police intimidation of social media users. The International Federation of Journalists (IFJ) and its India affiliate Indian Journalists Union (IJU) condemn the police’s highhandedness and urge the Indian authorities to stop such the violence and intimidation of journalists.

aveed was assaulted and harassed by Jammu and Kashmir Cyber Police on September 19 for his news report entitled ‘Police Question Kashmir Twitter Users For ‘Anti-Govt’ Posts’ published on the Article 14  online site. His article highlights cases of the intimidation by the Jammu and Kashmir police to civil society members, journalists and students for their tweets critical of government actions on article 370 and the internet shutdown in Jammu and Kashmir. The article claims that dozens of Twitter users in Kashmir have been forced to maintain their silence  after being interrogated by the police about their posts on Article 370 and the Internet shutdown. The police have accused Javeed’sreport of being ‘fake and baseless’.

According to Javeed, after being summoned he was abused and assaulted at the cyber-police’s police on September 19 along with two members of the Kashmir Press Club. He said two masked police slapped him and Tahir Bhatti, the Superintendent of Police who is in charge of the police’s cyber cell, abused him. The journalist was released after five hours. The police have refuted  his allegations of abuse.

Journalists in the J&K region are frequently harassed, threatened and summoned particularly over any criticism of the Indian government revocation of article 370 which lead to the imposed internet shutdown in August 5, 2019.

On July 31, Qazi Shibli, the editor of news portal The Kashmiriyat , was detained whileFahad Shah, editor of news portal Kashmir Walla, was summoned on May 20. The police in Srinagar also filed separate investigations or First Information Reports (FIR) against Kashmiri photojournalist Masrat Zahra and journalist Gowhar Geelani on April 18 and April 21 respectively. And, cyber police in Srinagar questioned journalist Peerzada Ashiq on April 19 in relation to the journalist’s news articles.

The Kashmir Journalists Association (KJA) said: “The KJA strongly condemns the police’s highhandedness. We demand the J&K administration end such illegal practices of attacking the media and journalists and to ensure to the creation of an environment where journalists can work freely and fearlessly.”

The IJU President Geetartha Pathak said: “The summoning of journalists by police and security persons has become common practice in the valley. The higher ups in the police and security agencies must sensitize the subordinates to respect freedom of expression rights of media.”

The IFJ said: “The IFJ has documented a disturbing series of attacks and harassment of media and journalists in Jammu and Kashmir following extended internet shutdown.  The IFJ demands that authorities stop persecuting journalists and media workers for doing their jobs and ensure that any internet restrictions are lifted.”