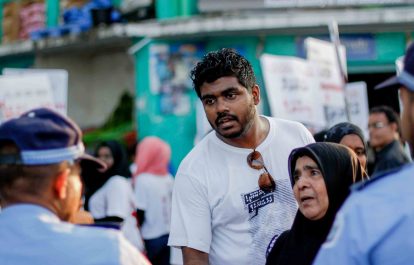 Five years after the disappearance of Maldivian journalist Ahmed Rilwan Abdulla, an independent inquiry found that he was killed by a local extremist group linked to Al-Qaeda. The International Federation of Journalists (IFJ) welcome the findings of the inquiry, and demand swift and immediate action to prosecute those responsible, including officials who impeded the investigations over the past five years.

On September 1, the Presidential Commission on Investigation of Murders and Enforced Disappearances announced that their investigation had found that Rilwan was killed by the local group. According to the Commission, Rilwan was killed at sea on August 8 2014. The latest developments come three weeks after the Commission revealed that the suspects had been identified with enough evidence for prosecution and pledging to disclose findings.

Rilwan, 28, who worked for the independent media outlet, Minivan News was last seen on the the Hulhumalé ferry on August 8 at 12:55am. According the Presidential Commission on Investigation of Murders and Enforced Disappearances, which conducted the inquiry into Rilwan’s disappearance, he had received death threats from the group operating under the name Bilad-al-Sham on Facebook.

The IFJ said: “While we welcome the findings of the investigation, bringing to light important information for Rilwan’s family and colleagues, that fact that it took over five years to have this outcome is not good enough. We demand those responsible, including officials who blocked and impeded the investigations to be brought to justice.”

“The work of Rilwan’s family and the wider Maldives media community must not be underestimated. It is for them maintaining the pressure and giving a voice to Rilwan’s case that we have this outcome today. It is only through such efforts when governments are clearly failing in their duties that the perpetrators can be brought to justice. We welcome the support of the new president to ensure justice is delivered.”