Pakistan: Underpayment and sacking of journalists on the rise 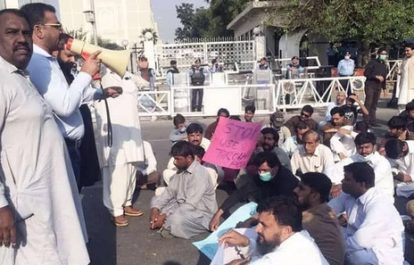 Recent studies by the International Federation of Journalists (IFJ) indicate large-scale forced dismissals of journalists from Pakistani media houses and non-payment of media workers arrears is increasing in Pakistan. The IFJ and its Pakistan affiliate, the Pakistan Federal Union of Journalists (PFUJ) call on the Pakistani government to take immediate steps to address the structural problems faced by media workers.

IFJ’s South Asia Press Freedom Report, Truth In A Time Of Contagion, The Viral Frontline gauged the extent of media jobs lost since the pandemic began with 8,000 out of 20,000, two-fifth of media jobs cut. The PFUJ noted, as a result of the layoffs, “a large number of people are still waiting for these dues to be paid … (and) thousands of media workers have no means of earning and have nowhere to turn, while the profits and assets of media house owners are only increasing even in this crisis.”

Amid the layoffs, Pakistan’s eighth wage award implementation is minimal and does not cover electronic media or digital media. According to the IFJ’s 2021 study, Decent Work in Pakistani Media: An Assessment of Labour Laws and Impacts for Media Workers, conducted by the Institute for Research, Advocacy and Development (IRADA), the gaps in the wage award’s implementation has led to media workers increasingly engaged on contracts with 80 per cent of employees now working under contracts or third-party contracts.

The Independent Tribunal for Newspaper Employees (ITNE) responsible for implementing the decisions of the wage board has only settled 2,783 out of 40,474 cases in the last ten years, with 38,956 cases pending before ITNE tribunals indicating the need for new legal mechanisms to be implemented to provide justice to litigants in a timely and fair fashion.

The PFUJ said: “During the Coronavirus Pandemic, the electronic and print media saw massive layoffs – thousands of people were relieved of their job without cause. As if that wasn’t enough, they have not even paid their dues even till now-many months afterwards. A large number of people are still waiting for these dues to be paid.”

The IFJ said: “The IFJ is deeply concerned by the continued inadequacies of labour rights in Pakistan and calls on Pakistan’s government to stop the mass expulsion of Pakistani journalists from media outlets. Media houses must pay journalists their dues. The IFJ urges the Pakistani government to consider law reforms to provide media workers with a simple legal framework that protects workers from underpayment, unfair dismissal and exploitation.”