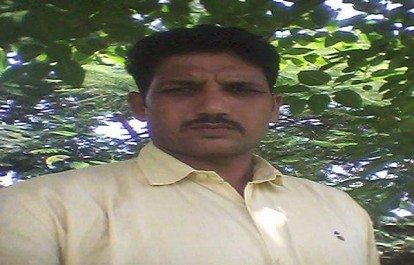 Dharmendra Singh, 35, correspondent from Hindi daily Dainik Bhaskar at Rohtas was shot on the morning of Saturday, November 12. Three unidentified motorcycle-borne assailants shot him in the stomach at point blank range while he was drinking tea at a tea stall near his home in Sasaram. His colleagues believe the incident may be linked to his reporting on illegal stone mining. Singh died on the way to hospital. He is survived by his wife and a son. His murder, even as the killing of Rajdeo Ranjan in May is being investigated by the Central Bureau of Investigation (CBI), throws a spotlight on the abysmal law and order situation in Bihar.

The NUJI and its state affiliate NUJ (Bihar) have demanded urgent action against the perpetrators of the murders. The NUJ(I) president Ras Bihari and General Secretary Ratan Dixit said in a statement, “It is high time that the Indian government comes forward with the Journalist Protection Act and family members of slain journalist be paid with sufficient compensation.”

Quoting the Press Council of India (PCI) report, Bihari pointed out that as many as 90 journalists have been killed in India in the last 25 years. NUJ (I) added, “But in all these cases the conviction rate is abysmally low due to influence from different quarters. This year, three journalists have been murdered in Bihar. This is an alarming figure and a question mark for press freedom in the state.”

The IJU commented that an increase in the murders of journalists has made India one of the most unsafe countries in the world for media workers, and reiterated its demand for a special law for the protection of journalists. IJU President S N Sinha, Secretary General Amar Devulapalli, and PCI members K Amarnath and Prabhat Dash said: “This year, five journalists have lost their lives while discharging their duty in service of the people and democracy. It is unfortunate that the killers of journalists are getting away with impunity. More than 94 percent of cases of murdered journalists are either languishing in the courts or the accused are acquitted due to insufficient evidence.”

IFJ general secretary, Anthony Bellanger, said: “The IFJ condemns the killings of Dharmendra Singh in Bihar, India; and urges for immediate action from the Indian authorities to locate and prosecute the culprits. The increasing number of journalists killed in India in the last few years is a tragic testament of the reality facing media workers in India. Press freedom in India continues to deteriorate with each murder, while the culture of impunity creates a climate of fear that weakens the state of the media.”

The murder of Singh has increased the 2016 death toll of media workers in India to six, with one killed in Bihar, one in Haryana, one in Uttar Pradesh, two in Jharkhand and another in Gujarat. India features as one of the four focus countries for the IFJ’s 2016 End Impunity campaign because of its dismal record in investigating and prosecuting cases of crimes against journalists.