Violence against journalists continues in Nepal 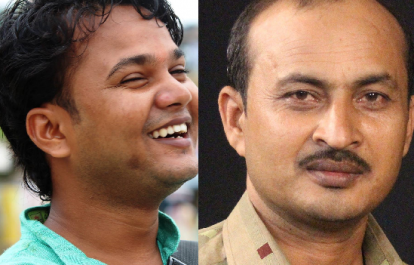 The International Federation of Journalists (IFJ) joins the Federation of Nepali Journalists (FNJ) in condemning continued attacks on journalists covering the political demonstrations in Nepal. The IFJ urges Nepal government to ensure that journalists are not subjected to violence by state and non-state parties; and support a free and safe environment for media reporting.

On Monday, September 7, photojournalist Bikram Rauniyar was attacked by police personnel while he was covering a clash between police and protestors near Ram Mandir, Janakpur, in southern Nepal. The secretary of FNJ district committee sustained injuries and his camera was destroyed in the attack.

“I was about to take photos when a group of policemen walked towards me. I tried to enter a shop but a policeman pulled me from behind and hit me with a stick. Then they snatched my camera bag and hit me with gun butt… I was shouting ‘press’ but they continued hitting me indiscreetly and also got my camera,” Rauniyar recalled the incident while talking to online news portal Pahilo Post. The police only left him after the locals started shouting at police for not to beat a journalist.

In a similar incident on Wednesday, September 9, Jitendra Narayan Yadav, the FNJ district committee member and correspondent of state-owned Gorkhapatra daily and Navin Karn, correspondent of Makalu Television, were attacked at Rani, Biratnagar of eastern Nepal by the protestors. They also set Karn’s motorbike on fire.

“When we were returning from the place of incident, a group of 30 protestors stopped us and started hitting my motorbike and pelting stone. I told them in local language that we were journalists but they didn’t stop and dragged my motorcycle to a burning tire nearby,” Karn recalled.

Protests broke out across Nepal, especially in south, over proposed federal structuring in the draft constitution. So far, 31 people, including 8 policemen, have already lost lives in the violent protest.

The IFJ said: “The IFJ is seriously concerned by the escalation of violence towards the media and journalists in Nepal and urge the government of Nepal to ensure the safety and security of the journalists.”