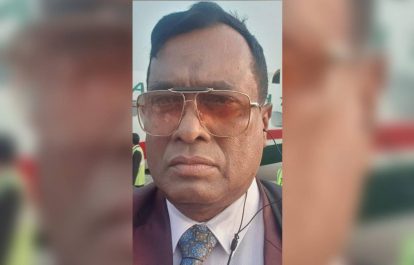 Abu Tayyab, a senior television journalist, was arrested by police on April 20 under the controversial Digital Security Act (DSA) for writing social media posts about alleged corruption by Khulna City Corporation (KCC) mayor, Talukder Abdul Khaleque. The International Federation of Journalists (IFJ) urges the KCC mayor to drop all charges against the journalist.

Tayab, Khulna bureau chief of NTV, a private television channel, was arrested on April 20 following the filing of a case against the journalist under the DSA on April 19. Tayab is accused of spreading ‘negative propaganda’ on his Facebook account and of defaming the KCC mayor, who is also the president of Awami League’s city unit, by publishing false news stories regarding the mayor’s alleged corruption.

Bangladesh’s DSA, adopted in October 2018, puts dangerous restrictions on freedom of expression and is regularly used by authorities to silence criticism. During 2020, arrests under the DSA increased significantly to crackdown on Covid-19 ‘rumours’. Bangladeshi writer, Mushtaq Ahmed, was detained under the DSA in May 2020 for posting criticism of the government’s response to Covid-19 on Facebook; he died in police custody on February 25, 2021.

The IFJ said: “False accusations towards journalists and the implementation of the draconian DSA has posed a serious threat to press freedom and freedom of expression in Bangladesh. The Bangladesh government must scrap the DSA immediately.”