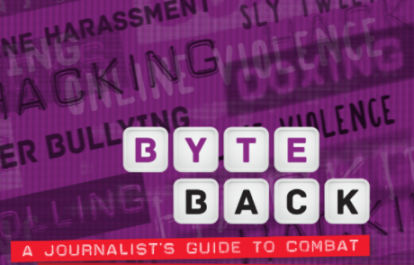 The International Federation of Journalists (IFJ) and the South Asia Media Solidarity Network (SAMSN) today launched Byte Back: A Journalists’ Guide to Combat Cyber Harassment in South Asia, as part of a wider strategy to counter abusive behavior online, largely documented and directed at women journalists.

The IFJ’s Byte Back Campaign is drawing attention to the extent of online harassment faced by women journalists in South Asia as well as its subsequent impacts on press freedom and freedom of expression that has a consequence of driving those targeted from online spaces. This includes trolling, doxing, stalking, cyber bullying and threats of physical and sexual violence.

“Online harassment is a shocking attack on press freedom but it is also a cybercrime that is disproportionately targeting women journalists,” the IFJ said. “Ultimately the concern is for self-censorship or abandonment of online platforms by media workers. When the voices of women journalists go missing from legitimate public spaces online, we all lose.”

The Byte Back guide outlines how journalists are taking on online harassers and exposing and blocking aggressive tactics. It also offers practical steps to journalists under attack, their colleagues and their employers on how to effectively work together to counter abuse that stifles expression.

“This is a call for solidarity for media workers to join together in this fight for freedom in the online space. Too often this problem is trivialised or ignored by lawmakers and the media companies that employ journalists. It is time that changed and that strategic approaches are developed and shared.”

The resource is the outcome of a region-wide IFJ campaign against online harassment of women journalists launched on March 8, 2017, International Women’s Day.

The IFJ said: “To ‘opt out’ of digital media for fear of harassment is to rob women journalists of the right to operate in a legitimate public space and does not bode well for a robust media environment online.”

Byte Back: A Journalist’s Guide to Combat Cyber Harassment in South Asia can be accessed here