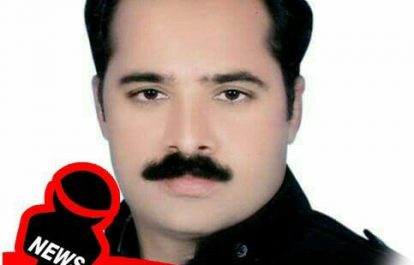 Journalist Jutt was attacked when he was returning home at 9 pm by a local drug dealer. The attack is thought to be in relation to the journalist’s social media post about drug sellers in the district.  According to the PFUJ, the assailants tried to abduct him, but the journalist managed to flee with help from his friends. The journalist sustained injuries all over his body.

Pakistan is one of the most dangerous countries for journalists, with frequent incidents of killing, detainment, attacks, threats, censorship and harassment. On July 23, journalist Anwar Jan Barkhan, Balochistan was shot dead . On July 22, Shikh Shan, a correspondent for Express News group, was attacked and senior Pakistani journalist Matiullah Jan was abducted on July 21.

The PFUJ said: “The PFUJ strongly condemn the attack on journalist Jutt and urges the police to arrest the attackers to bring them to justice. We remind the government of Pakistan to provide security to the working journalists so that they continue to unearth the social evils.”

The IFJ said: “The IFJ denounces the organised attack against the journalist and urges police to conduct a thorough investigation and ensure all journalists, including Abbas Ali Jutt, are able to continue their work without any fear.”