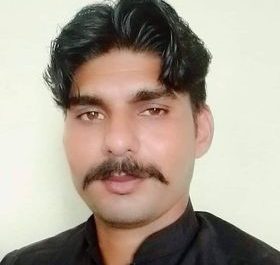 Pakistani journalist Abid Hussain Abidi, affiliated with local newspaper Jurm-o- Saza, was shot dead in Mandi Bahaudin in the Malikwal district on September 25 by unidentified gunmen. The International Federation of Journalists (IFJ) and its Pakistan affiliate the Pakistan Federal Union of Journalists (PFUJ) condemn the brutal killing, allegedly over the journalist’s reporting, and urge an impartial investigation into the murder.

According to Abidi’s brother Asif, the gunmen at first shouted that their attack was in retaliation for a report Abidi had published. They then shot at the Abidi and fled the scene. Asif filed a First Information Report (FIR) in Malikwal police station.

According to the PFUJ, police has arrested one suspect, allegedly involved in Abidi’s murder.

The PFUJ Secretary General Rana Muhammad Azeem said: “The Pakistan Federal Union of Journalists (PFUJ) strongly condemns the killing of the journalist Abidi. The PFUJ demands the police arrest the culprits immediately and put them behind the bar while compensation be given to the bereaved family.”

The IFJ General Secretary Anthony Bellanger said: “The tragic killing of Abid Hussain Abidi in retaliation for a news report is another sad reminder of the fragile situation for the safety and security of journalists in Pakistan.  The IFJ calls on authorities to act swiftly and conduct an impartial investigation into the murder of Abidi and the other journalists killed in the line of duty and hold their murderers accountable.”