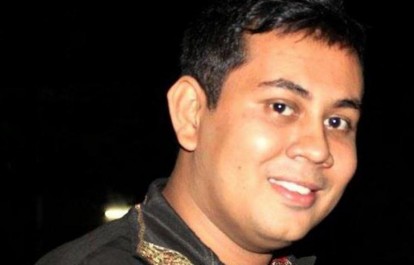 The International Federation of Journalists (IFJ) strongly deplores the murder of Niladri Chattopadhyay on August 7 in Dhaka, Bangladesh. The IFJ demand immediate action from the Bangladeshi Government to end the continued and systematic attacks on freedom of expression in Bangladesh.

Chattopadhyay, a secular blogger who used the pen name, Niloy Neel was brutally killed when four men armed with cleavers entered his home in Khilgoan. The men posed as potential tenants and stabbed the 28-year-old while holding his wife and sister-in-law at gunpoint. Niloy died at the scene.

Niloy was working for an NGO at the time of his death and in the months prior had received death threats. He went to the police to register the case, however they declined. Niloy wrote on women’s rights, indigenious and minority peoples, human rights, social justice and was critical of religious extremism.

Following the murder, Ansar-Al-Islam, the Bangladeshi chapter of al-Qaeda, claimed responsibility for the killing, terming Niloy as an enemy of the god.

Niloy is the fourth blogger and fifth media worker to be killed in 2015. In February, American-Bangladeshi writer and blogger, Avijit Roy was brutally hacked to death in Dhaka. In March, secular blogger, Md Oyasiqur Rahman Babu, was killed as he went to work in Dhaka. In May, Ananta Roy was killed by Islamist extremists in Sylhet in north-eastern Bangladesh.

The Indian Journalist Union (IJU) has expressed grave concern over murder of blogger for his secular views and called upon the Bangladesh Prime Minister to take immediate steps to bring the murderers of blogger to the book and provide adequate security to the bloggers and other media person who receive threats for exercising the right of freedom of expression.

The IFJ said: “The chilling murder of the fourth blogger in a year by the religious extremist group is highly condemnable and cowardly act. A series of murder is a matter of shame for any democratic country. The IFJ urge the Bangladeshi government to urgently act to ensure the security of bloggers to protect the citizen’s rights to freedom of expression. ”

For anyone experiencing safety concerns or issues or are concerned for your well-being please contact Ujjwal Acharya (ifjsouthasia(at)gmail(dot)com) and see the IFJ Safety website for more information here.